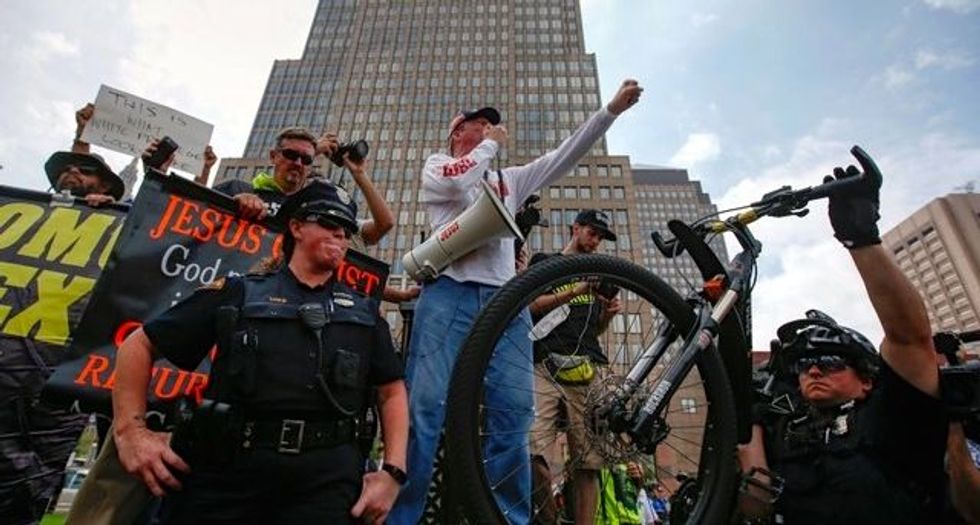 A controversial North Dakota bill that sought to shield motorists from liability if they unintentionally hit a protester on a roadway, injuring or killing them failed to garner enough support from lawmakers.

House Bill 1203, introduced in January by Republicans, was voted down 40-51 by House lawmakers on Monday. A transportation committee had previously voted against the bill in part because of a "negative perception," that passing it could create, Republican state Representative Gary Paur told lawmakers on Monday.

The proposed legislation was one in a string of bills that lawmakers in several central U.S. states are pushing, which would crack down on demonstrations. The bills have drawn criticism from free speech campaigners and underline the polarization over protests in the era of U.S. President Donald Trump.

North Dakota has been the site of months of protests over the Dakota Access pipeline, which at times has drawn thousands of demonstrators to the state. Republican state Representative Keith Kempenich told local media that he sponsored the bill after his mother-in-law was caught in a protest while driving.

Kempenich defended the bill Monday before a vote, saying current laws had failed to protect citizens, and that the much publicized bill was mischaracterized by the media.

"I'd like to see this bill passed forward. I think that it shows that we are willing to stand up for the citizens of this state," he said.

(Reporting by Timothy Mclaughlin in Chicago; Editing by David Gregorio)