'Not totally in the loop': Republicans fear Mike Pence has lost his spot in Trump's inner circle 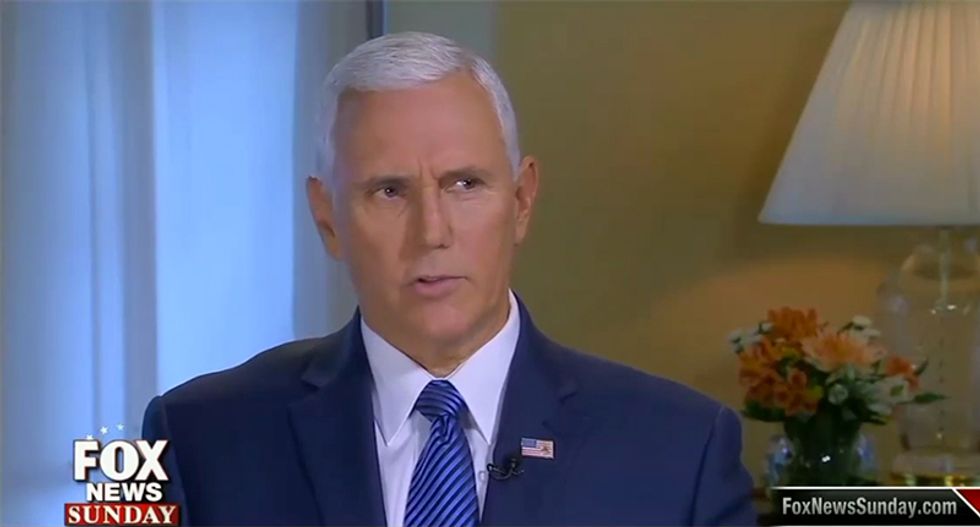 On the heels of Gen. Michael Flynn's resignation it has been revealed that Vice President Mike Pence spent weeks doing television interviews delivering information based on Flynn's statements. That information from Flynn has now been found to be a lie and intelligence officials and former officials revealed Flynn discussed American sanctions with Russian Ambassador Sergey Kislyak prior to the inauguration.

Writing for the Washington Post, Robert Costa and Ashley Parker noted that no one sought to tell Pence that he had been misled for weeks, despite having the information. In fact, Pence only found out after the Washington Post broke the story that Flynn lied. Yet, aides to both the president and vice president report that the men speak on the phone or in person multiple times each day.

William Kristol, editor of the conservative Weekly Standard, asked if the ordeal weakened Pence and claimed that everybody is trying to figure out that fact.

Marc Lotter, a spokesman for the vice president, told the Post that Pence only became aware of the Flynn situation last Thursday. “He did an inquiry based on those media accounts.”

Some close to Pence report that he was "blindsided" and "frustrated" by the misleading information. Pence was said to have urged Flynn to publicly apologize instead of resigning, however. It was the White House that found what Flynn did to be unacceptable and took action. After Pence, chief of staff Reince Priebus and White House counsel Don McGahn had a conversation with Flynn, Pence decided the former lieutenant general should go.

According to the Post, Pence and Priebus were both troubled by the conversation, "expressed dismay both with Flynn’s answers and the dawning reality that Flynn had deceived Pence."

White House officials told the Post that keeping Pence out of the loop wasn't intentional, rather it was a result of confusion. Despite a long relationship with McGahn, the White house counsel briefed Trump, Priebus and Steve Bannon, assuming that they would pass the information on to the vice president if he needed to know.

“Pence is trying to play a long game, keeping his head down and keeping his powder dry, assuming some of the more flamboyant types will blow up or blow out and he will be there as a trusted counselor a year or so from now,” Kristol said. Adding, “the long game can mislead you. If you end up keeping your powder dry and never using it, you end up being just another guy in the White House.”

Republicans on the hill think it's harmful to Pence, however. “It’s another example of him not being totally in the loop," one Republican told the Post.