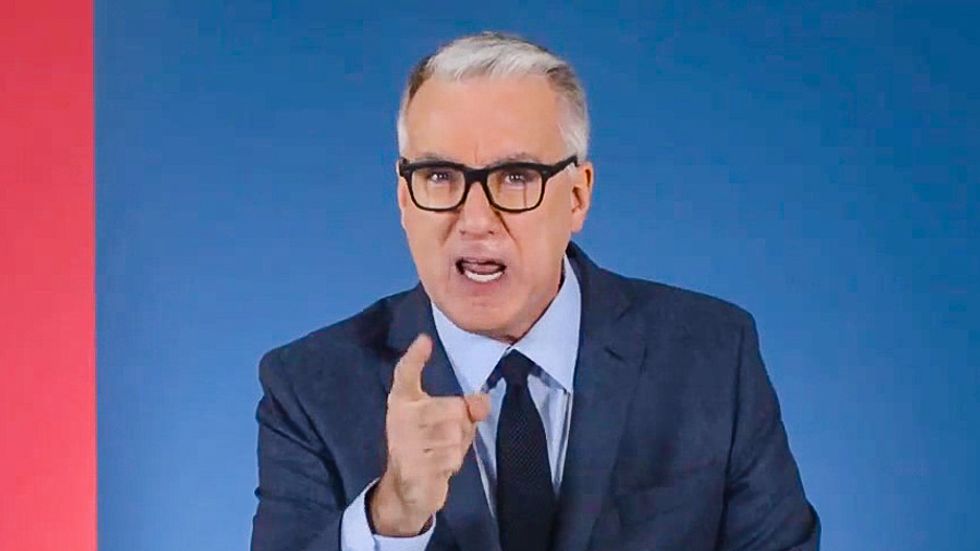 In a new "Resistance" segment, Keith Olbermann again called out President Donald Trump's Muslim travel ban and the recent increase in deportations across the country. Calling one a Muslim ban and the other a "purge of Hispanics," Olbermann said "I am tired of hearing the radical right bullsh*t that they are anything else."

He then called these orders useless, noting that "they add nothing to the safety of this country," and are "sadistic." Olbermann detailed the many instances of violence that have occurred in the last few weeks — including the arrest of an undocumented victim of domestic violence — and noted that each act represented either a "Muslim ban" or a "purge of Hispanics."

"It is in fact a series of acts of terrorism against the people of the United States of America and Donald Trump, it is your doing, and in due time you will atone," Olbermann said.

NEW VIDEO: They may lie all they want. The Trump record shows: it's a Muslim Ban and a purge of Hispanics pic.twitter.com/pI6XCsbiU8