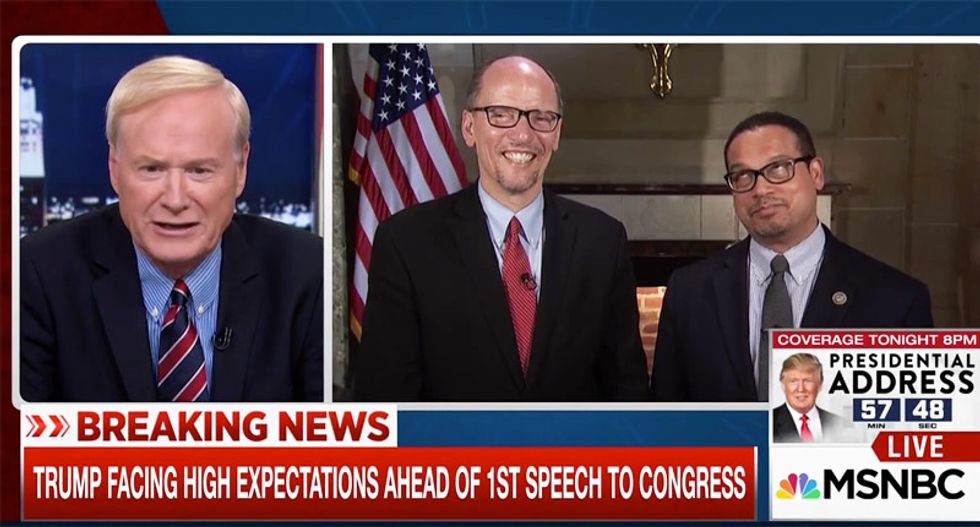 Presenting a unified front prior to President Donald Trump's first major speech before Congress, new DNC head Tom Perez and Deputy Chairman Rep. Keith Ellison (D-MN) put Trump on notice that they're not ready to make nice with him after 39 days in office.

Appearing on Hardball with Chris Matthews, the two men were asked about Trump's tweet calling the DNC election "rigged," with Ellison rolling his eyes and Perez laughing.

"First of all, a little levity here," Matthews began. "Congressman Ellison, was this election rigged? Donald Trump said it was rigged. Your thoughts."

"You know, with a guy getting help from the Russians, well for for him to call anything rigged is ridiculous," Ellison replied as Perez laughed.

"I was proud to support Tom, he won fair and square and we are asking all supporters to come together," he added.