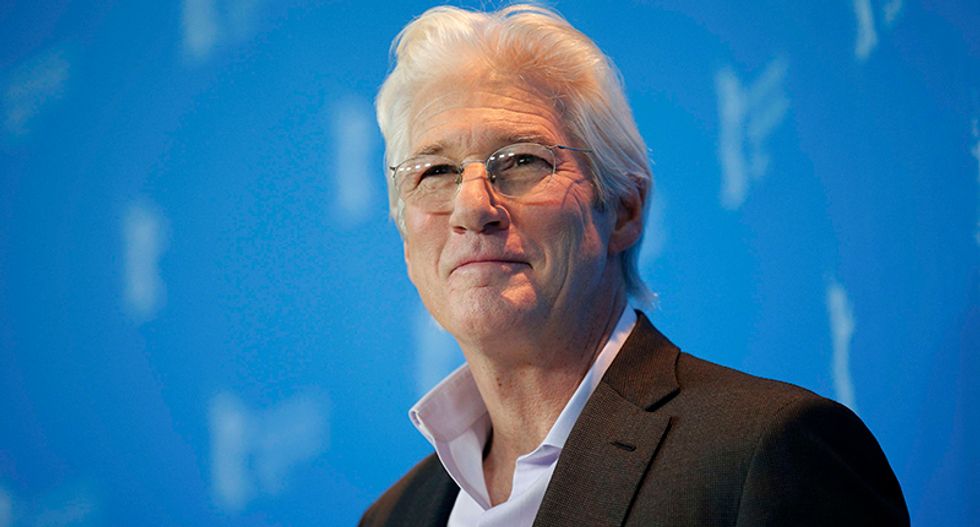 Actor Richard Gere poses during a photocall to promote the movie 'The Dinner' at the 67th Berlinale International Film Festival in Berlin, Germany, February 10, 2017. REUTERS/Axel Schmidt

Actor and activist Richard Gere said on Friday that U.S. President Donald Trump has managed to merge the meaning of the words "refugee" and "terrorist" in the minds of many Americans.

Gere also told a news conference at the Berlin Film Festival just before the world premiere of his new film "The Dinner" that he found it discouraging to see term "refugee" go through such a dispiriting change of meaning in the United States.

"The most horrible thing that Trump has done is conflated two words – refugee and terrorist," Gere, 67, told more than 100 journalists. "It means the same thing in the U.S. now. That's what he's accomplished to a large segment of our population."

Trump ordered a travel ban on refugees and citizens from seven Muslim-majority countries on Jan. 27. A U.S. appeal court in San Francisco refused to reinstate a temporary ban on the order. Trump criticized the court decision.

"A 'refugee' used to be someone that we had empathy for ...someone we wanted to help who we wanted to give refuge to," Gere said.

"...Now we're afraid of them and this ...is the biggest crime in itself: conflating these two ideas."

Gere met Chancellor Angela Merkel this week while in Berlin for the festival. She told Trump in a phone call two weeks ago the global fight against terrorism was no excuse for banning people from Muslim-majority countries.

In the film "The Dinner", Gere plays a famous politician who meets his wife and his brother at a hip restaurant to discuss a horrible crime committed by their sons.

In an interview with Reuters before the news conference, Gere said he was encouraged by protests in the United States against Trump's policies.

"I am essentially an optimist so I am seeing this as an opportunity for people to show up the day after he was inaugurated," Gere said. "There were millions of people in the streets in New York. It wasn't angry demonstrations. It was positive demonstrations that were kind of a unity of purpose."

More than a million migrants, many of them fleeing conflict and persecution, have arrived in Germany over the last two years.

"The Dinner" is one of 18 films at the 'Berlinale', competing for Golden and Silver Bears. The festival runs until Feb. 19.