Rick Santorum: Trump can lie about the murder rate because he's not 'bound by all the facts' 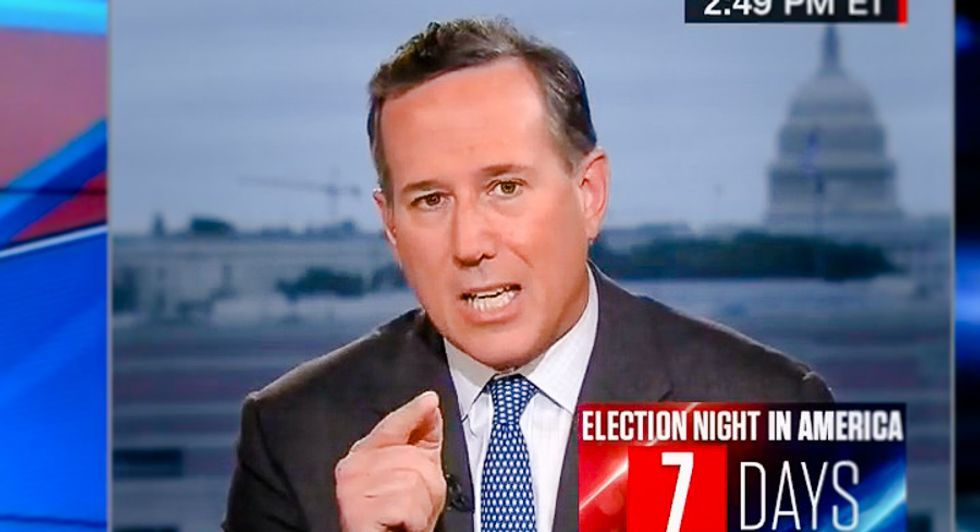 Conservative CNN contributor Rick Santorum excused President Donald Trump for lying about the U.S. murder rate by arguing that the president's false statements come from "emotion" instead of being "bound by all the facts."

During a meeting with sheriffs on Tuesday, Trump falsely claimed that "the murder rate in our country is the highest it's been in 47 years."

On Wednesday, Santorum admitted that the murder rate had actually fallen over that period.

"But you can't ignore the horrible violence we're seeing in our major cities," he insisted.

CNN host Poppy Harlow wondered if Trump was doing "a disservice to the American people" by saying "something that is just absolutely not true."

"I'm not going to defend Donald Trump's recitation of the facts," Santorum replied. "I think Trump speaks more from emotional and how he's feeling than he does necessarily being bound by all the facts."

"That's one of his characteristics," the former GOP presidential candidate added. "It's not a strong one, it's not one that helps him in the debate. But I think his point [is] that we're seeing a lot of violence and we're seeing cities out of control."