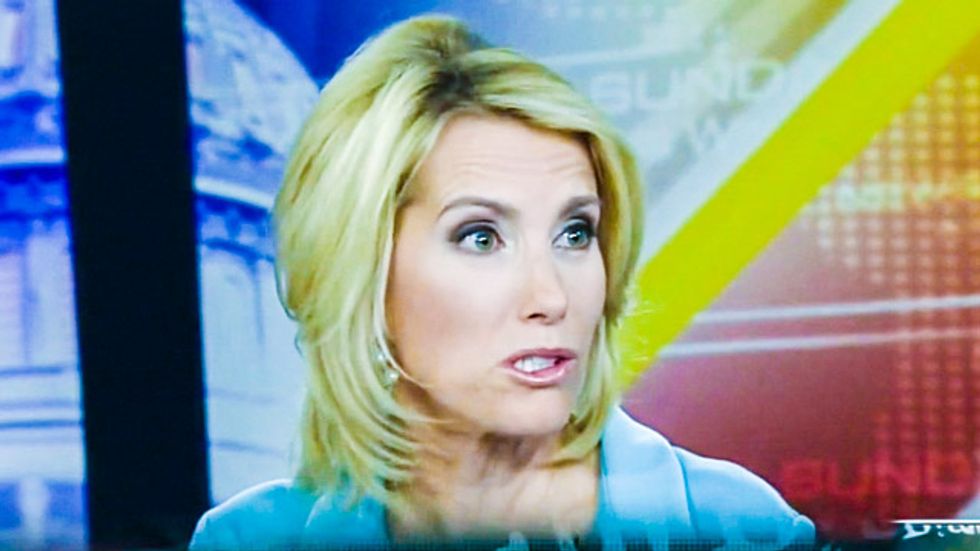 Right-wing radio host and author Laura Ingraham is facing a lawsuit filed by the Associated Press after she bounced a check to the wire service for unpaid fees and lost revenue on her website LifeZette.com.

Mediaite.com reported on Saturday that the AP is suing Ingraham and LifeZette for $50,000 in a suit filed Friday in Washington, D.C. Superior Court.

In July of 2015, LifeZette reportedly signed an agreement with the AP to pay $4,200 per month for the rights to run AP content on its homepage. In February, 2016, the AP canceled the deal due to non-payment.

Ingraham's company, Ingraham Media Group Inc., sent the AP a $42,611 check last month, but it was returned by the bank over insufficient funds. It was then, Mediaite said, that the wire service chose to take legal action.

"Per the filing, the AP is looking for a total of $49,267. That amount includes $24,937.21 for unpaid fees and $17,674.50 for the revenue AP claims it lost after it was forced to suspend LifeZette’s account. (These two totals equal the amount of the bounced check.) AP is also seeking additional funds in interest and attorney fees," wrote Mediaite's Justin Baragona.

Ingraham launched LifeZette in late March of 2015 with the goal of providing conservative readers a one-stop news source in a field already crowded by other outlets like the Daily Caller, the Washington Free Beacon and Breitbart.com.

In spite of its credibility issues, LifeZette was one of the first media organizations called on by Press Secretary Sean Spicer in early press conferences in the White House briefing room, which raised hackles among professional journalists.

Ingraham herself said in late 2016 that she was briefly considered for the position of White House press secretary before the job when to Spicer, formerly a high-ranking official in the Republican National Coalition (RNC).

Talk show host Stephen Colbert accused Ingraham of racism over controversial passages in her book The Obama Diaries, which came out in 2010 and featured racially-charged digs at President Barack Obama and First Lady Michelle Obama.

In addition to being abominably written, Colbert told Ingraham that the book relies on “hideous, hackneyed racial stereotypes.”

Colbert asked Ingraham during a notoriously uncomfortable interview, “What are the odds that Barack Obama’s private musings would completely and perfectly match up with the narrative that the right is trying to push about him?”

The book portrayed Michelle Obama as a glutton who ate barbecued ribs at every meal and Obama himself as a selfish egomaniac with a grudge against white Americans.