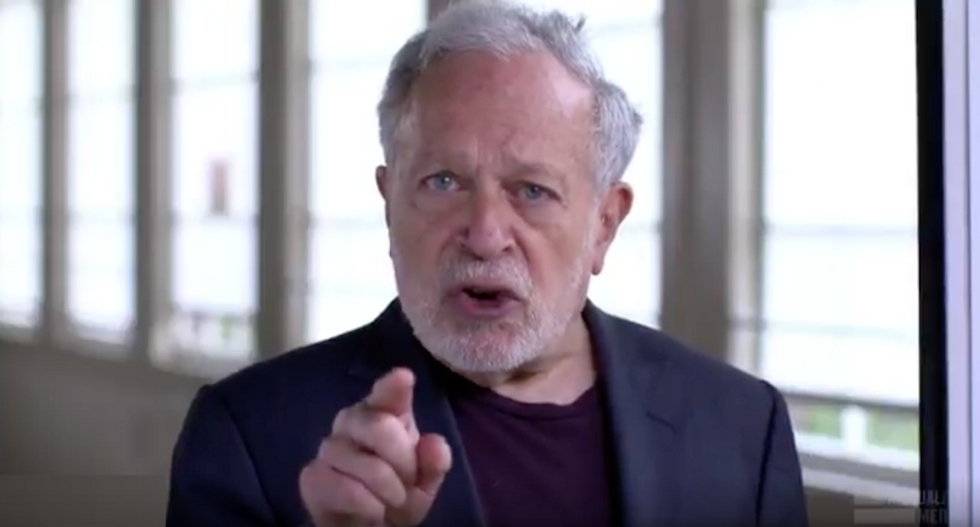 President Donald Trump will speak on Tuesday night in his first address to a Joint Session of Congress where he will have to lay out and also make the case to support his presidential agenda.

In preparation for his address, Robert Reich, the former Secretary of Labor under President Bill Clinton, has outlined Trump's gift of telling lies and why they need to be countered. Specifically, Reich shares the 10 ways Trump turns lies into near-truths, including Trump's propensity for bashing the media as "dishonest," and then taking to Twitter to share his lies again. His surrogates will then repeat his lies online and on TV.

The outcome of the back and forth between Trump and the media over his lies only lead to further confusion among the people consuming the information, according to Reich, which means "Trump wins."

"Be vigilant," Reich warns. "Know the truth and spread it." As for the media, Reich says it's time to "stop mincing words [and] report Trump's lies as lies."

Ahead of tonight's speech, watch our new video to learn how Trump turns lies into near truths. Then make sure he doesn't get away with it. pic.twitter.com/Y1P9zPDaKS