Russia violates arms control treaty while their spy ship appears off the US coast: reports 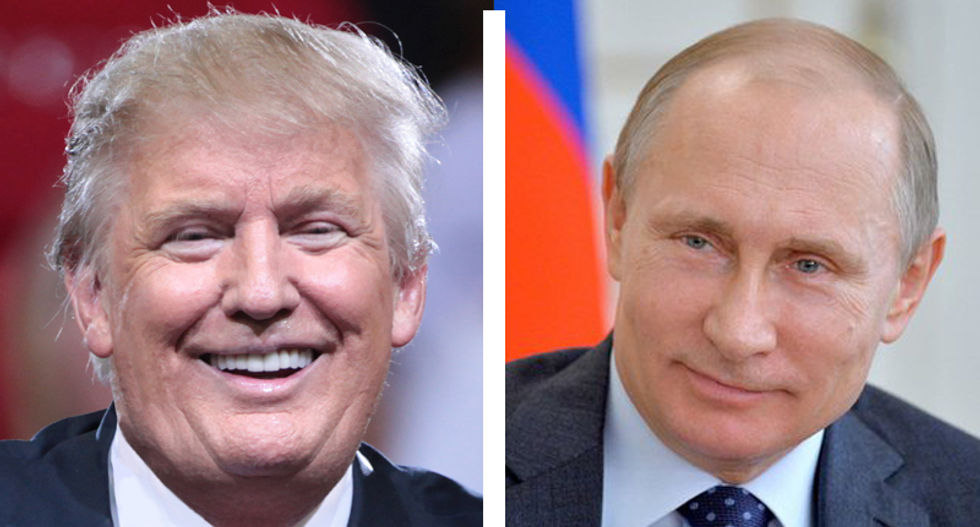 U.S. officials believe that Russia secretly deployed a cruise missile, according to a New York Times report. The move would violate the arms control treaty that ended the Cold War, administration officials told the paper.

At the same time, Fox News reported Tuesday that a Russian spy ship was spotted patrolling off the east coast of the United States. Officials say that the ship was seen 70 miles off the coast of Delaware and was moving north at 10 knots.

United States territory lines extend 12 nautical miles off the coast of the lands.

In an interview with Fox News' "The O'Reilly Factor," Trump attacked then-President Barack Obama for being "weak" and "ineffective" on issues of foreign policy.

"I believe I know far more about foreign policy than he knows," Trump said. "Look at Ukraine. He talks about Ukraine [and] how tough he is with Russia, in the meantime they took over Crimea."

Two weeks before Trump was inaugurated, he took to Facebook to explain how Russia will respect the U.S. again under his leadership.

"Having a good relationship with Russia is a good thing, not a bad thing. Only 'stupid' people, or fools, would think that it is bad! We have enough problems around the world without yet another one. When I am President, Russia will respect us far more than they do now and both countries will, perhaps, work together to solve some of the many great and pressing problems and issues of the WORLD!"

It is unclear where the Russian spy ship is going.