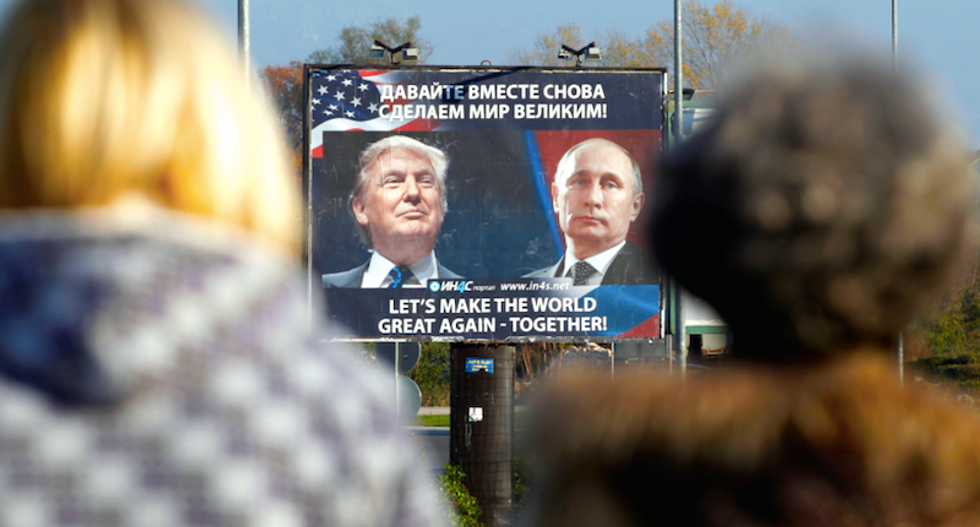 A billboard showing a pictures of US president-elect Donald Trump and Russian President Vladimir Putin is seen through pedestrians in Danilovgrad, Montenegro, November 16, 2016. (REUTERS/Stevo Vasiljevic/File photo)

A senior Russian lawmaker said on Tuesday the resignation of U.S. President Donald Trump's national security adviser, Michael Flynn, suggested Trump had been backed into a corner or that his administration had been "infected" by anti-Russian feeling.

Flynn resigned late on Monday after revelations he had discussed U.S. sanctions on Russia with the Russian ambassador to the United States before Trump took office and misled Vice President Mike Pence about the conversations.

"Either Trump has not gained the requisite independence and he is consequently being not unsuccessfully backed into a corner, or Russophobia has already infected the new administration also from top to bottom," MP Konstantin Kosachev was cited as saying by the RIA Novosti news agency.

Kosachev is head of the upper house of parliament's international affairs committee.