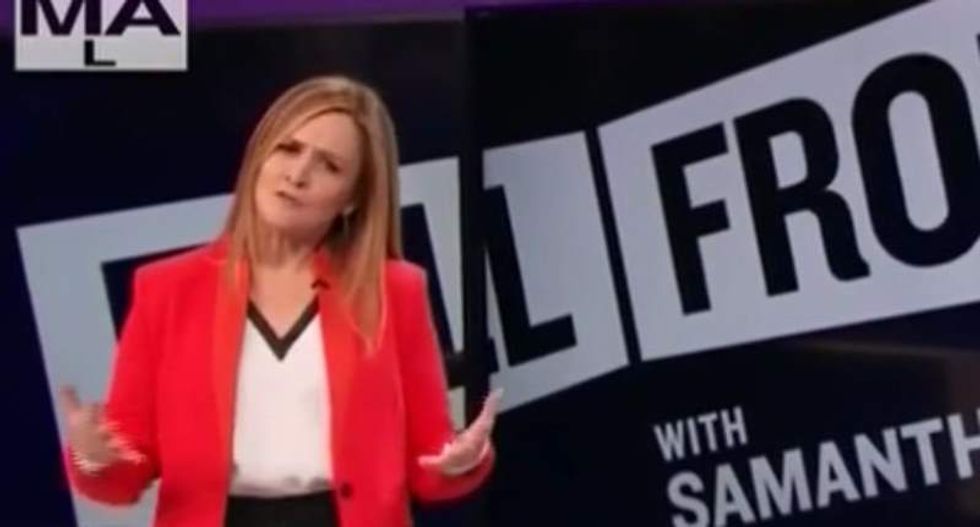 Sam Bee on Wednesday thanked CNN for its airing of a contentious interview between host Jake Tapper and Donald Trump adviser Kellyanne Conway, as well as a comprehensive healthcare debate between ideological counterparts Bernie Sanders and Ted Cruz, proclaiming she couldn’t believe the network served “the public interest for almost half a day!”

“CNN had a good day!” Bee exclaimed on this week’s Full Frontal with Sam Bee. “I know we couldn’t believe it either!”

CNN—which Bee’s former boss Jon Stewart relentlessly mocked for its obsessive 24-hour high-intensity coverage (and occasional use of unnecessary holograms)—on Tuesday featured several newsworthy events, including an interview between Tapper and Conway that received high praise from journalists and viewers alike. The network also aired audio of the 9th Circuit Court of Appeals proceedings over Trump's immigration ban and hosted a debate about the future of Obamacare between two sitting senators.

“Damn Jake!” Bee said of the Conway interview, joking that CNN let Tapper “out of his cage” and “haven’t fed him this week.”

Turning her attention to the debate between Bernie and Cruz, Bee quipped, “It’s like [CNN president] Jeff Zucker looked at his election ratings and said, ‘hey what if it was election all the time?’”

But, she noted, “the socialist and the Slytherin played all their greatest hits,” and even found some common ground with one another regarding healthcare in the United States.

“I can honestly say I would give my left t*t to have either one of you wonderful mansplaining pricks in the White House right now,” Bee said.

“We were watching CNN,” Bee added of the network’s Tuesday coverage. “We saw you serve the public interest for almost half a day!”