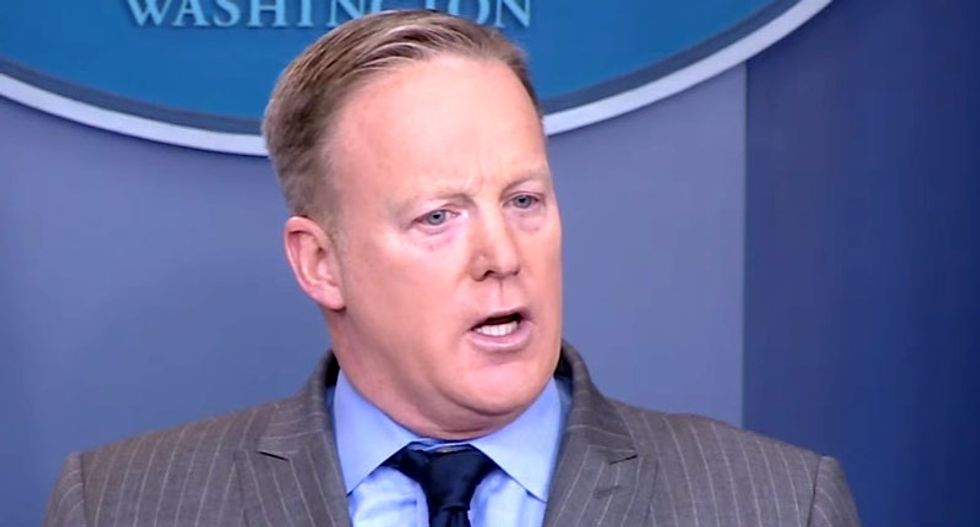 White House Press Secretary Sean Spicer has dropped out of a fundraiser for an Ohio state senator after learning the lawmaker called the candidate Donald Trump "disgusting" over comments he made about women in the infamous Access Hollywood tape.

According to Politico, the very high profile Spicer was slated to attend a Capitol Hill fundraiser benefiting Ohio Republican Frank LaRose, where attendees would get an opportunity to hobnob with the press secretary and the Ohio Republican in return for a contribution of up to $1,000.

However, Spicer has now cancelled  after it was brought to the attention of the press office that LaRose was critical of Trump in the run-up to the election.

In an interview with the Akron Beacon Journal last October, LaRose said he was the father of three daughters and that he didn't appreciate Trump's boasting about sexually assaulting women.

“What’s come to light in the last couple days is disgusting and appalling, particularly as a father of three little girls,” said LaRose. “I find it abhorrent.”

LaRose had been adverting Spicer's appearance at the event in his invitations, writing, "Sean Spicer has agreed to be my special guest for our fourth annual DC event! Now that I can announce the addition of Sean Spicer as my special guest this great annual event is getting even better! We hope you can join us!”

According to LaRose, he suspected Spicer begged off because the fundraiser follows the day after Trump's speech to Congress, with the lawmaker saying it was likely Spicer would be very busy that day.

Spicer announced his withdrawal from the event on Sunday.