Shep Smith shades Conway: I'd plug my brother's restaurant 'but I'd certainly be counseled on that' 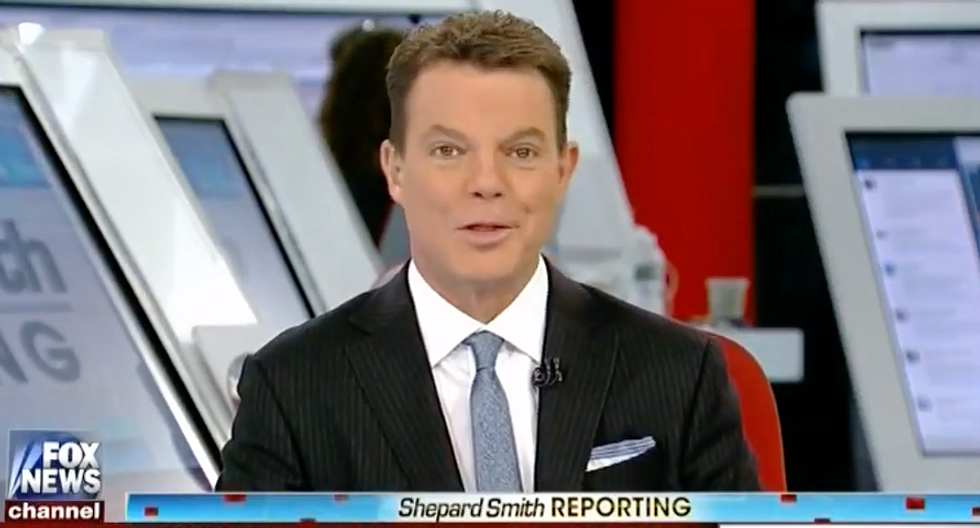 Fox News host Shep Smith on Thursday threw shade at top Donald Trump adviser Kellyanne Conway over her ethically dubious demand for people to “go by Ivanka [Trump’s] stuff” in response to retailers pulling back from the first daughter’s brand.

“Kellyanne has been counseled, and that’s all we’re going to go with,” Spicer said, meaning lawyers gave her advice about endorsing a brand as a federal employee working in the White House (namely: Don’t do it).

“It’s a very emotional issue, clearly,” Roberts added. “Here at the White House she’s been a faithful soldier of the president but in this particular instance it did look like she stuck at least a toe, and maybe more of a foot over that ethical line and she’s been warned about it.

“Thanks, John,” Smith said, grinning at the camera.

“This is the part where I’d tell you about my brother’s new restaurant, but I would certainly be counseled on that matter,” Smith joked.