Showdown looms for protesters near site of Dakota Access pipeline 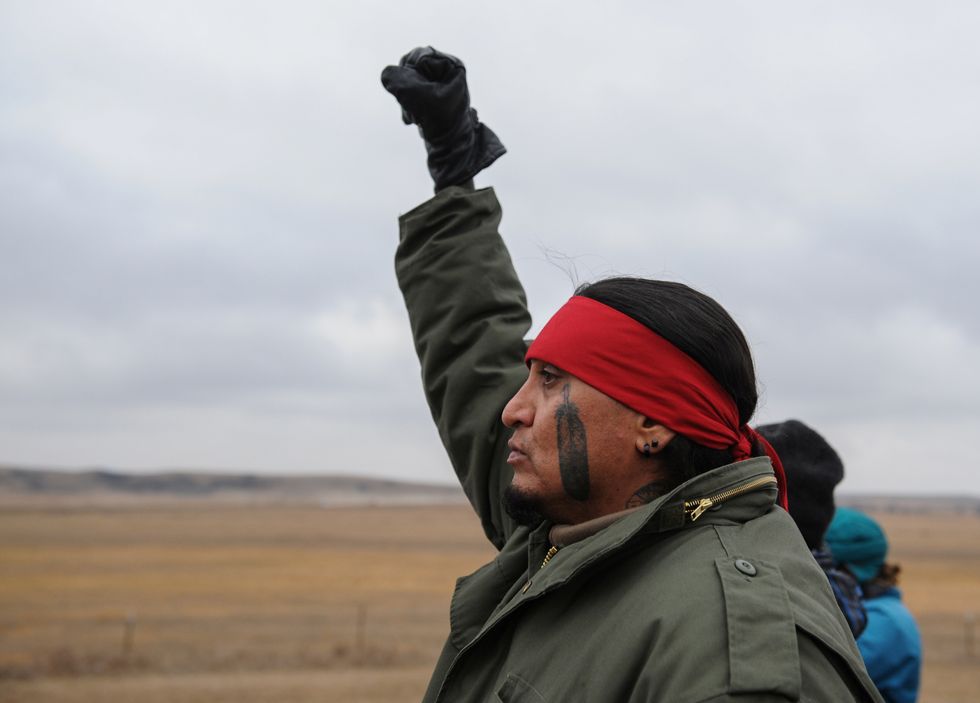 Demonstrators near the site of the Dakota Access pipeline braced for a showdown with authorities on Wednesday, as protest leaders said at least some would defy a deadline to abandon the camp they have occupied for months to halt the project.

Native Americans and environmental activists have said the multibillion-dollar pipeline threatens the water resources and sacred land of the Standing Rock Sioux Tribe, but President Donald Trump has quickly pushed for the completion of the pipeline since taking office last month.

Despite the deadline, some will remain, camp leaders said on Tuesday.

“Everybody plans to be in camp tomorrow up until the 2 o'clock mark. Then people will make their individual decisions about what their level of commitment is," Chase Iron Eyes, a member of the Standing Rock Sioux Tribe, said by telephone. "Some will get arrested."

Protesters and law enforcement have clashed multiple times and hundreds have been arrested since demonstrations began in August.

The Standing Rock Sioux asked protesters to depart from the site in December as they continued to fight the pipeline in court, but some 300 demonstrators have remained.

Law enforcement officials were urging people to leave the camp ahead of Wednesday's deadline and remove anything that could be damaged during cleanup efforts.

"We really would like them (protesters) to get the culturally sensitive items out so when they bulldoze and clean out the camp they aren't dealing with any of those things," said Maxine Herr, a spokeswoman for the Morton County Sheriff's Department.

Just days after taking office in January, Trump, a Republican, signed an executive order clearing the way for the $3.8 billion pipeline to proceed.

A judge denied a request earlier this month by two tribes seeking to halt construction, which resumed. The tribes are seeking an injunction to order the Army Corps to withdraw the easement.

Burgum, a Republican, has warned that spring floods pose a threat to the remaining protesters as well as the waters of the Missouri River.

Over 200 dumpsters of debris has been removed from the site since cleanup efforts began last month, said Mike Nowatzki, a spokesman for the governor.