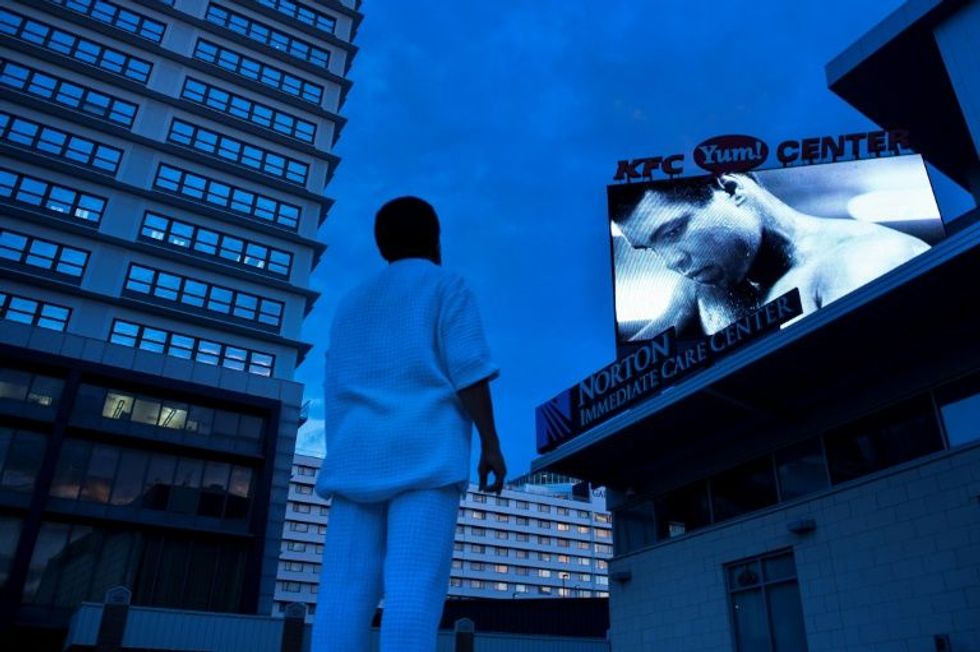 A son of boxing legend Muhammad Ali was held for questioning for two hours at a Florida airport upon returning from Jamaica because of his Arabic-sounding name, US media reported.

Muhammad Ali Jr., 44, who was born in Philadelphia and has a US passport, was traveling with his mother Khalilah Camacho-Ali, the late sports icon's second wife, friend and lawyer Chris Mancini told the Louisville Courier-Journal.

Mancini told the newspaper that both were held for questioning on the Fort Lauderdale International Airport on February 7 because of their Arabic-sounding names.

Camacho-Ali however was released after she showed US Customs agents a photo of herself with her ex-husband.

Ali Jr. however had no such photo -- and according to Mancini was held for nearly two hours and repeatedly asked "Where did you get your name from?" and "Are you Muslim?"

When he said that he - like his father - was a Muslim, the agents asked further probing questions.

"To the Ali family, it's crystal clear that this is directly linked to Mr. Trump's efforts to ban Muslims from the United States," Mancini told the Courier-Journal, a reference to President Donald Trump's late January executive order imposing a 90-day entry ban for citizens of seven Muslim majority countries.

The travel ban has since been halted by a US federal court.

Mancini said that he and the Ali family are trying to find out how many other people were stopped for similar questioning, and are considering a federal lawsuit.

Airport and Customs officials did not answer queries from the newspaper about the case.

Muhammad Ali, one of the iconic 20th century sports heroes, died after a long battle with Parkinson's Disease on June 3. He was 74.

Ali was celebrated as much for his three world heavyweight titles as for his civil rights battles outside the ring.

In 1964 Ali dropped his birth name of Cassius Clay when he converted to Islam.

The Louisville, Kentucky native was married four times he was survived by seven daughters and two sons.