'Straight people are who you need to be worried about': The View blasts Trump's reversal of trans protections 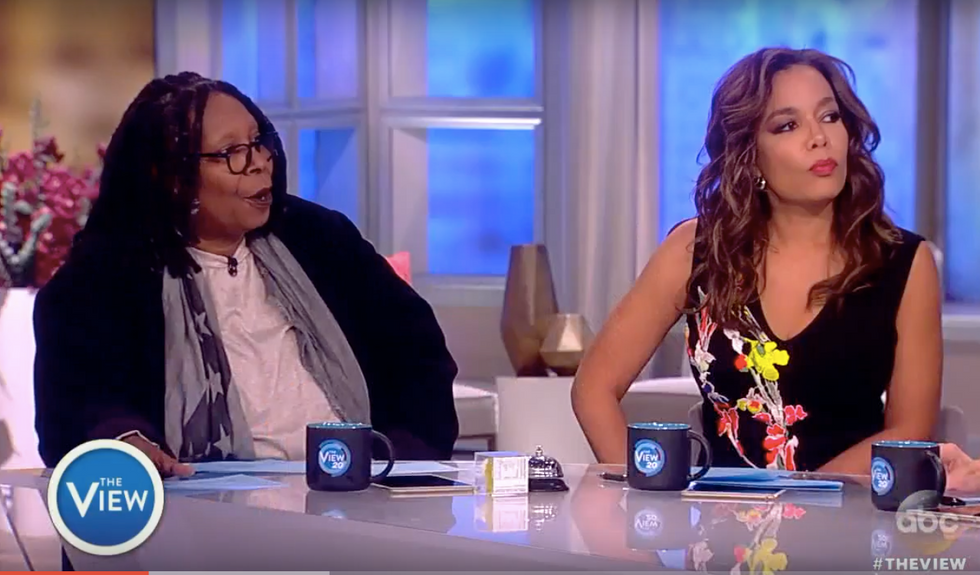 Whoopi Goldberg and Sunny Hostin on 'The View' (Screen capture)

"This will come as no surprise," said Whoopi Goldberg, "but you-know-who reversed directives that allow transgender public school students to use the bathroom of the gender they identify with."

"What's the message to transgender Americans and transgender kids?" she asked. "Isn't it hard enough to be in high school or grammar school identifying in a different way than other people see you? Does this help or is this just more chaos for people to flip out about?"

The panel went on to discuss the fact that the crime conservatives are allegedly trying to prevent has never occurred. Women and girls in public restrooms are not at risk of attack from transwomen.

"The statistics support the fact that it's the transgender kids that are being bullied and hurt on this journey right now," said Sara Haines. "School-age kids can be some of the meanest people you've ever seen."

Joy Behar pointed to the fact that Trump's surrogates are always saying that a sexual predator could dress as a women and enter a women's bathroom and menace the women and girls there.

"They're just trying to go to the bathroom, y'all," she said. "They're not looking for your kids. Straight people are the people you need to be worried about."

In fact, the overwhelming majority of sex crimes committed in the U.S. are perpetrated by men who identify as straight.

Nashville, TN's Assistant DA Chad Butler said in 2016, “As long as I’ve been doing this job and the hundreds of cases I’ve reviewed, I’ve never once had a transgender person come across my desk as an offender.”