'Tell it to the grand jury!': Olbermann calls for a federal investigation into Trump's 'dangerous presidency' 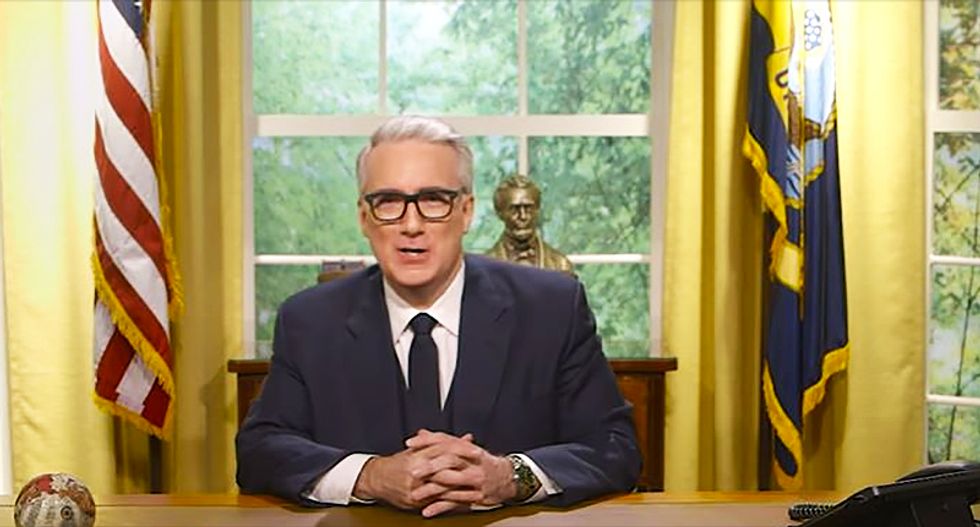 Olbermann specifically referenced Trump’s personal lawyer Michael Cohen, real estate developer Felix Sater, former Trump campaign manager Paul Manafort and former National Security Adviser Michael Flynn, urging an investigation into their “contacts with agents of the Russian government.” He also requested an investigation into whether an “indictment should be retuned against” Reince Priebus and Sean Spicer regarding a potential coverup of said contacts.

Olbermann added the grand jury should identify whether Chairman of the United States House Permanent Select Committee on Intelligence Devin Nunes and Chairman of the Senate Intelligence Committee Richard Burr “mishandled classified information about investigations by the intelligence services … when [they] had conversations with reporters on behalf of the White House.

“Trump’s alleged involvement with Russia, perhaps dictates, every other aspect of the existentially dangerous presidency,” the Resistance host added. “We have to have answers.”

Olbemann said it’s imperative we know “if we are still Americans, or if we are now living in a colony of Russia.”

“Tell it to the grand jury!” Olbermann concluded.

NEW VIDEO: I call for a Grand Jury to now hear the evidence on Trump and Russia + the coverup by Priebus/Burr/Nunes pic.twitter.com/FZB1tD6YUk