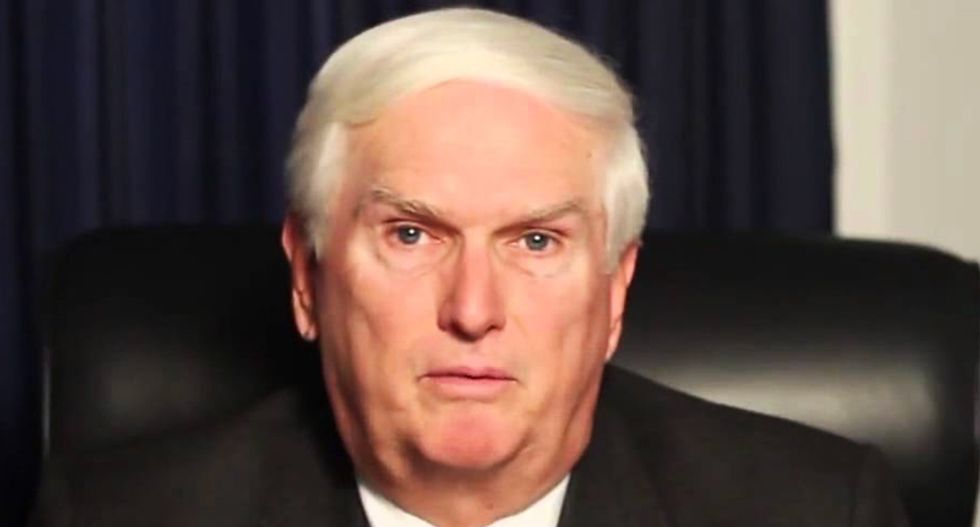 A Republican congressman who has served his district for almost thirty years is refusing to hold a town hall in his district because he has no interest in hearing from "extremists, kooks and radicals."

Rep. John J. Duncan Jr (R-TN), who was first elected to Congress in 1988, wrote an email  saying he has "often been described as one of the most accessible members of Congress in this Country," reports the Knoxville News Sentinel.  Despite that he has no interest now in holding a town hall meeting to discuss the incoming Trump administration and listen to constituents who want to discuss GOP alternatives to the Affordable Care Act.

Duncan referred to the current "anger in politics," saying he believes a town hall meeting "would very quickly turn into shouting opportunities for extremists, kooks and radicals."

"Also, I do not intend to give more publicity to those on the far left who have so much hatred, anger and frustration in them," he wrote. "I have never seen so many sore losers as there are today."

According to a spokesman for Duncan, the congressman has previously held town meetings when requested  but said that based on the "bullying tone of most of these phone calls and emails, he can tell that a public meeting would not be productive."

Duncan's constituents are not pleased with his inaccessibility and are using his calling them "kooks" to hold a "Kookfest" protest outside his office on Friday.

According to Renee Hoyos, executive director of the Tennessee Clean Water Network, she requested a town hall to discuss a proposed bill that would eliminate the Environmental Protection Agency.

"We are his constituents, and he may not like that we disagree with him, but he needs to hear it, and he needs to respond to us," Hoyos told the News Sentinel. "He doesn't want to do them [town halls] because he knows he's going to get yelled at, and I think for him to ignore us, it's him not being a leader. It's cowardly."