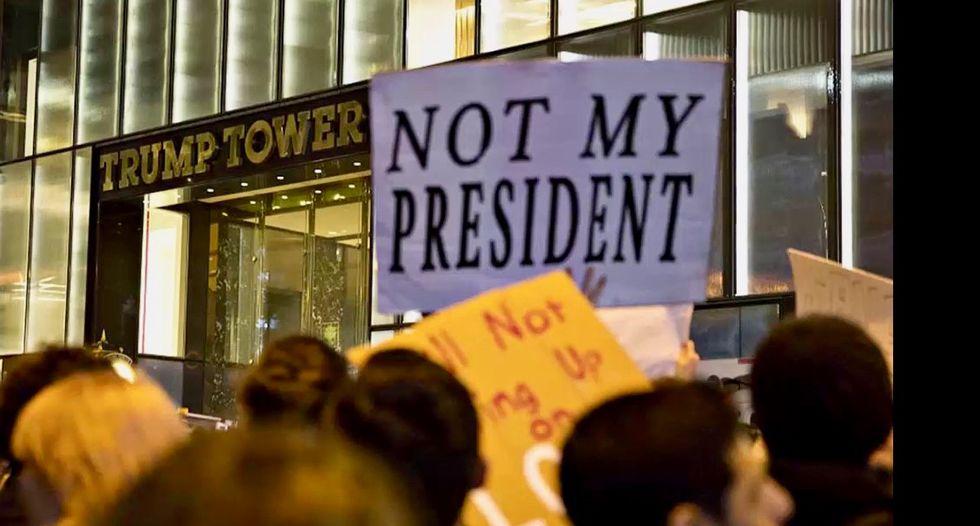 A woman was turned away from New York's Lincoln Center earlier this month after she showed up to see the Budapest Festival Orchestra with an anti-fascist sign, the New York Times reported.

Jenny Heinz, 72, said she was looking forward to this particular event in part because one of the cellists with the orchestra was almost barred from entering the country under President Donald Trump's travel ban that was signed last month.

Heinz was turned away from the theatre because she was donning an 8-by-11-inch sign on her jacket that read, "NO! In the name of humanity we refuse to accept a fascist America."

She said she had been wearing the sign since November, when she attended an anti-Trump protest at New York's Trump Tower, and noted that when it came down to choosing between the sign and the event, she chose the sign.

In a phone interview with the Times, Heinz said, "At what point does one draw the line? We’re talking about freedom of expression." She also said that in a meeting with theatre officials, which was arranged by a civil rights attorney, they told Heinz that she was barred from entering the theatre because they do not allow signs inside the concert halls. Heinz was also refunded for her ticket.

Another person who was at the venue the same night as Heinz wrote a letter of complaint to the theatre. Timothy Biel wrote, "The freedom of expression is the very foundation on which art is built. Are you going to allow the dialogue between art and democracy to come to an end?"

Heinz's experience being turned away from the theatre is situated within ongoing conversations about what kinds of activism are welcome and in what spaces. But there is a particular tension in this case between the arts and the political specifically because, as Heinz herself pointed out, "The arts have always been political."