'The new official language of the US is bullsh*t": Watch Jon Stewart nail Trump's 'exhausting' presidency 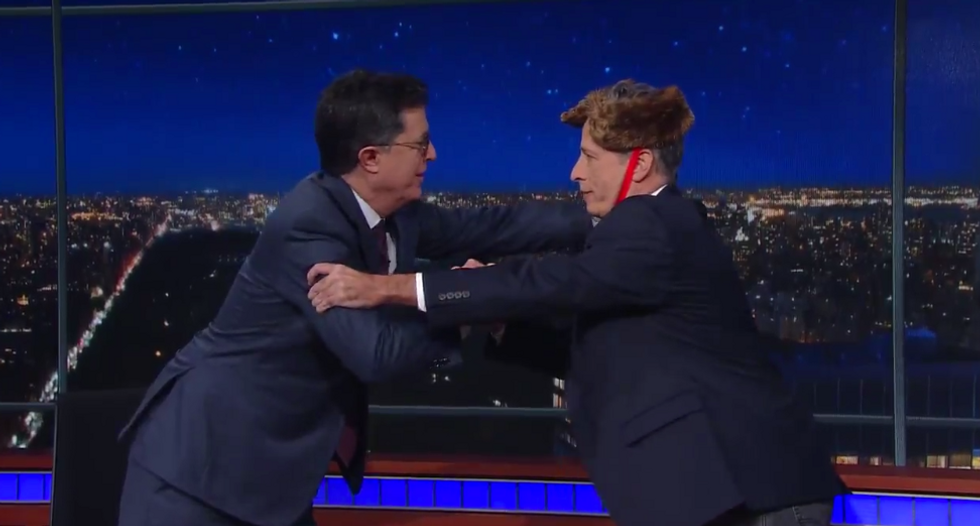 The first executive order involved protecting our nation's border. “I hereby direct that to secure our border, China shall immediately and without hesitation send us their wall," Stewart-as-Trump declared. "Boom!"

The second order hoped to champion a renewed sense of nationalism in America. “The new official language of the United States is bullshit," Stewart proclaimed.

And the final executive order dealt specifically with the president himself.

“I Donald J. Trump am exhausting," read Stewart's third edict. "It has been eleven days, Stephen. Eleven f*cking days. Eleven! The presidency is supposed to age the president, not the public.”

“The reason that I ... am exhausting is that every instinct and fiber of my pathological self regard calls me to abuse of power," Stewart-as-Trump added.

The comedian then offered a full-throated rallying cry, urging citizens to fight Trump before he goes "full Palpatine."

“We have never faced this before," Stewart said, referring to Trump's presidency. "Purposeful, vindictive chaos."