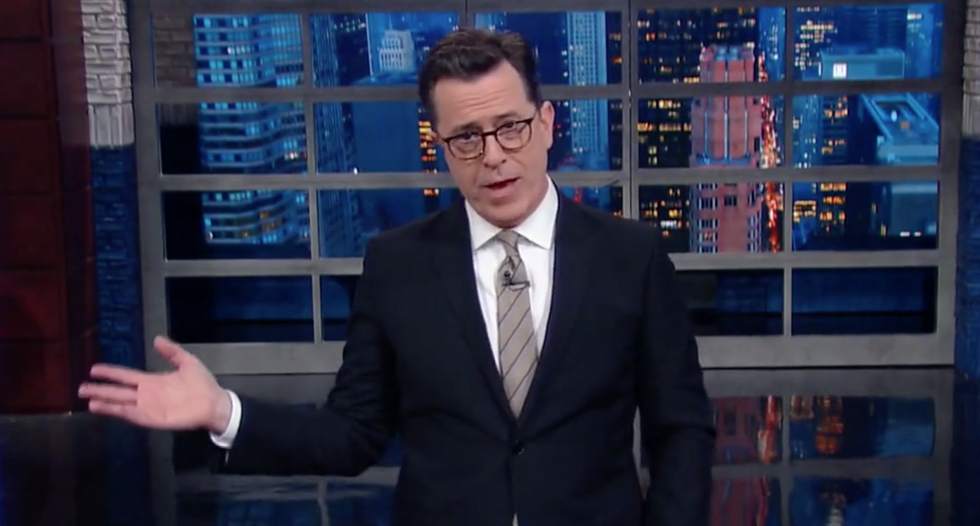 “The Late Show” host Stephen Colbert slammed Donald Trump’s tendency to use Twitter to hype himself, his family and the his plans for the country, noting the president’s tweets “make him look like a real d-bag.”

My daughter Ivanka has been treated so unfairly by @Nordstrom. She is a great person -- always pushing me to do the right thing! Terrible!
— Donald J. Trump (@Donald J. Trump)1486569061.0

“Evidently, not a lot of women wanted to buy clothes that made them attractive to their fathers,” Colbert joked.

In a statement, Nordstrom defended its decision, citing a lack of interest in Ivanka Trump’s fashion line. Colbert argued that was a decision, “any businessman would understand, except one.”

“This is crazy!” Colbert continued. “This is insane! You can’t use the power of the office of the president to protect a family business.”

The host later noted Trump’s tweet about his immigration ban, which the president insisted “should be EASY D!”

“All I know is, these tweets make Trump look like a real d-bag,” Colbert said.