They're all 'stupid and dangerous': Bill Maher explains why he criticizes religion 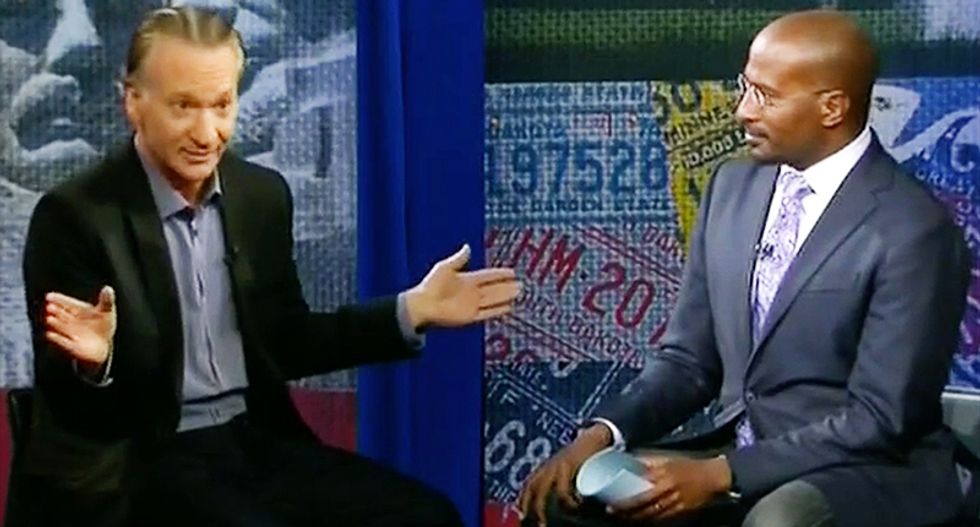 When a Christian pastor asked outspoken atheist Bill Maher about "radical Islamic terrorism" the conversation went beyond a mere discussion about Islam and focused more on Maher's hatred for religion itself.

"[The Orlando shooter] talked about our filthy ways," Maher said during the CNN town hall. "I mean, there's some of that in religious people's heads."

Host Van Jones said that he's a religious person and he doesn't have that kind of hate and violence in him.

"I am an atheist, sorry, Reverend," Maher said to the man who asked the question. "But all religions in my view are stupid and dangerous."

(READ MORE: ‘It’s a giant con!’: Bill Maher unloads on Trump supporter who asks him to give Trump a chance)

As Maher began to continue, Jones kept interrupting until Maher finally asked why Jones wouldn't let him finish. "Do you just hate someone saying bad things about religion?" Maher asked. "You can't do that on CNN? What is it, the Spicer White House, here?"

Maher explained that it is not only his point of view but the point of view of millions of other Americans and, indeed, religion is consistently falling in numbers all over the world.

Jones brought up the heavily religious African-American community being a stable in the Democratic party and asked how Maher can want to win while saying "all religious people are stupid."

"I didn't say all religious people are stupid. I said all religions are stupid," Maher qualified. "It's not at a group of people or to get ratings. That's the truth as I see it." He continued saying that the truth is the only thing he aims to get, whether it confirms his political ideology or not.

"In the 16th century, it would be Christianity I would be going after for being way too intolerant and way too violent, because that was the age of the Inquisition," Maher said. "Now that is more Islam than Christianity. I think they're both of dumb and religions are all dangerous, but at this point, one is more violent, more intolerant and more dangerous."

He argued that the counterweight to radicalism is not more Christianity but secularism.

"They want to make this a battle between the two religions, who, by the way, have been going at each over for over 1,000 years," Maher said. "This does go back to the Crusades, it ebbed and flowed throughout history. And it's the dumbest thing and Trump's going to do it."