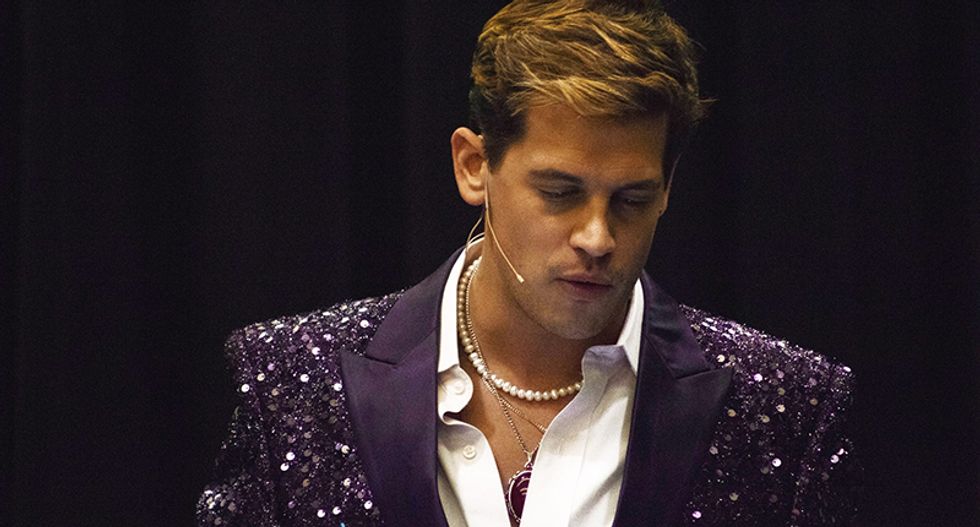 Milo Yiannopoulos suffered a very public downfall this week when a clip surfaced of the conservative justifying pedophilia. Behind it all was a 16-year-old Canadian girl.

“I see Milo as this embodiment of the awfulness you see over the past few years with the general tilt of millennial conservatism,” she said in an interview with German Lopez. She seems him as "more accurately described as anti-liberal than he would be conservative.”

She heard Yiannopoulos had been asked to speak at the Conservative Political Action Conference (CPAC) outside of Washington, D.C. this week, and she didn't want to see the conservative movement turn to the anti-women, anti-Muslim ideology she feels Yiannopoulos embodies. It only took a few days once the clip surfaced for Yiannopoulos to lose his job at Breitbart, lose his book deal and have the offer to appear at CPAC rescinded.

(READ MORE: Milo Yiannopoulos’ far-right fans think spy agencies took him out because he was too powerful)

“It’s diverged from this traditional conservatism so much," said the teen, who describes herself as fiscally conservative and socially liberal. "You’ve seen it essentially become full of awfulness and all about attacking the left and not about actual principles. It has nothing to do with conservative ideology so much as it has with opposing the leftists, [Social Justice Warriors], and so on and so forth.”

That's when she went to work. The teen recalled a July 2016 podcast in which Yiannopoulos not only approved but defended “13-year-olds” having sex with “older men.” He went on to claim that child molestation is simply a "coming of age relationship" for teens.

Despite a small Twitter following she posted the clip and contacted the conservative blog Reagan Battalion about it and they also helped promote the clip.

“I thought it would only get, like, 200 retweets,” she said. “I had no idea that it would blow up to the extent that it did.”

It went much further and proved to be a career killer for Yiannopoulos.

She hopes the lesson is that reactionaries shouldn't have a place in the conservative movement because it's dangerous for the cause itself. She hopes to see groups like CPAC stand up for traditional conservative values instead of grabbing onto loud, sensationalized, activists that make their career by attacking the left.

“You shouldn’t have to feel intimidated to stand up for what you believe in,” she said. “Hopefully they’ll realize that you can’t keep being this reactionary movement — if you can even call it that. You can’t just keep looking for enemies to attack and pointing the finger. Eventually, you have to stand up for something.”

In his interview with the teen, Lopez kept her name secret to protect her from any backlash.

As a reminder - the podcast clip is below: