'This is not Trump’s America’: Passengers cheer as racist man kicked off flight for harassing Pakistanis 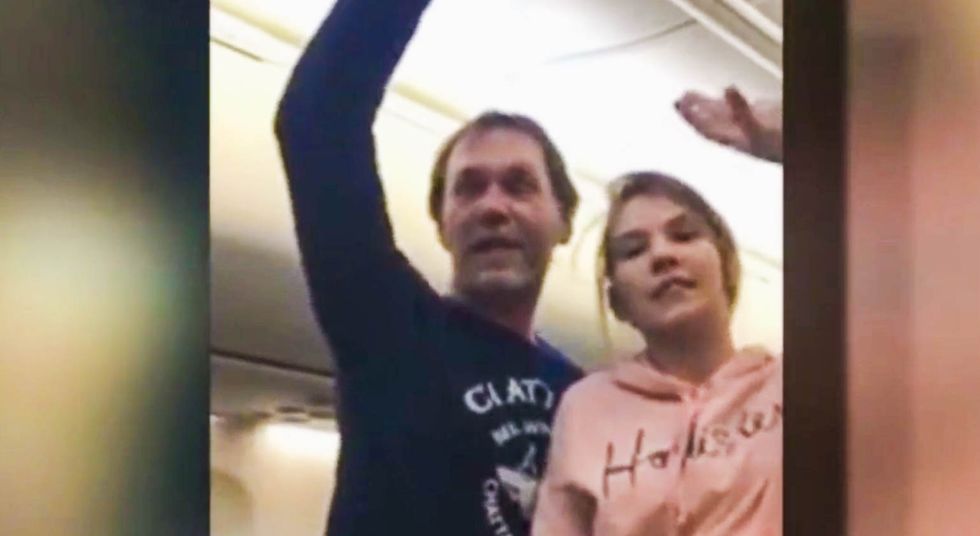 A racist man exits a United flight after attendants told him to leave for harassing a passenger (Screen cap).

Passengers on a flight from Chicago to Houston cheered this past weekend when a racist man was kicked off an airplane for harassing two passengers.

Local news station KHOU reports that United Flight 1118 this past weekend experienced a disruption in service after flight attendants ousted a male passenger who made disparaging remarks about a Pakistani-born couple who were dressed in what the station describes as "traditional cultural attire."

As the couple were placing their bags in the overhead bins, the passenger twice asked them if their bags were carrying bombs. This made the other passengers uncomfortable, and one woman went to talk to flight attendants about the man's behavior.

The flight attendants informed the man that he would have to leave the flight, which led both him and the woman he was with to go on obscene tirades against the passengers.

"Happy flight home -- hope you stay there," he said to passengers who were filming him on their phones as he gathered his bags, while the woman he was with flipped them the middle finger. "Hey, I'll come back you'll be gone!"

As he exited the plane, passengers taunted him by yelling out, "Goodbye, racist!" and "This is not Trump's America!"