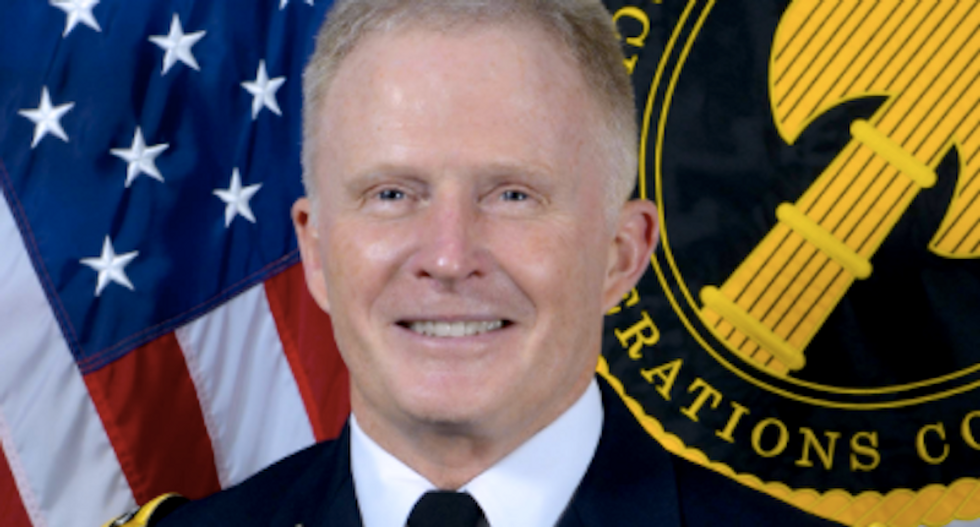 A top military official expressed concern over the stability of the U.S. government in the wake of Michael Flynn's resignation as national security advisor.

Gen. Tony Thomas, head of the Special Operations Command, worried during a military conference Tuesday that the situation in Washington could cause U.S. troops to lose focus in their efforts to combat terrorism, reported the New York Times.

“Our government continues to be in unbelievable turmoil,” Thomas said. “I hope they sort it out soon, because we’re a nation at war.”

Thomas, who served in key posts in the top-secret counterterrorism unit known as Delta Force, recently took over command of SOCOM -- which conducts covert missions such as unconventional warfare, counterinsurgency and psychological warfare.

Thomas insisted Special Operations Forces are “staying focused” despite the shakeups on President Donald Trump's national security team, but he told the Times afterward that he hoped the situation would get sorted out soon.

“As a commander, I’m concerned our government be as stable as possible,” Thomas told the newspaper.

Trump's national security team is in disarray less than a month into his presidency, reported Bloomberg, and the agency's acting director called an all-hands meeting for Tuesday morning.

Army Lt. Gen. Keith Kellogg, the acting NSC director, and deputy K.T. McFarland were each expected to speak at that meeting.

Trump added his chief strategist, Steve Bannon, to the National Security Council last month, in a controversial move that downgraded the joint chiefs of staff and director of national intelligence -- who will attend agency meeting only when their expertise is requested.

Kellogg is among several reported candidates to succeed Flynn, who admitted that he neglected to tell Vice President Mike Pence that he might have discussed ending sanctions against Russia in a phone conversation with that nation's ambassador.

Flynn, the former director of the defense intelligence agency under President Barack Obama, has been the subject of news reports questioning his ties to the Kremlin.