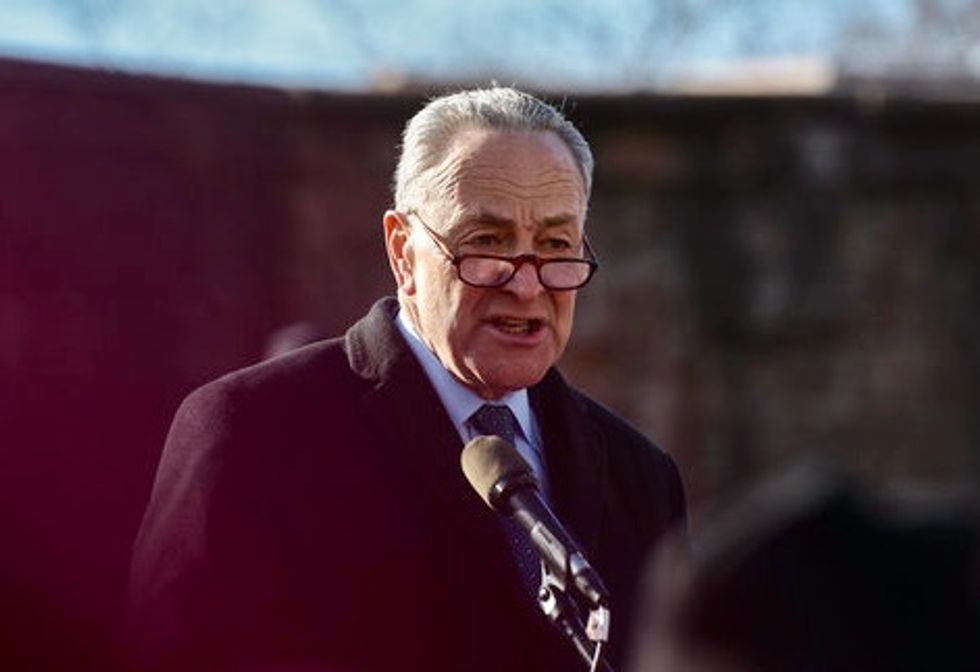 The Senate's top Democrat on Tuesday accused President Donald Trump's Supreme Court pick of avoiding answering questions "like the plague" and dodging efforts to gauge his judicial independence during a meeting that deepened his concerns about the nominee.

Neil Gorsuch, the federal appeals court judge from Colorado who the Republican president nominated last week to a lifetime job on the high court, met privately with Senator Chuck Schumer of New York as he continues to try to build support for his confirmation by the Senate.

"I thought there was a deliberate strategy to duck the hard questions. And he has an obligation to answer them, not simply to the Senate but to the American people," Schumer told reporters afterward, referring to Gorsuch.

Schumer said Gorsuch declined to answer questions such as whether a ban on Muslim immigration would be constitutional or comment on what is known as the Emoluments Clause in the U.S. Constitution that bars officeholders from accepting money from foreign powers.

Supreme Court nominees routinely avoid weighing in on pending legal disputes they could end up casting a vote on if confirmed to the job. But Schumer said he was seeking Gorsuch's views on broader principles, rather than specific cases, that he believed a nominee should be able to answer.

Schumer said Trump is testing the fundamental underpinnings of U.S. democracy and its institutions.

"These times deserve answers, and Judge Gorsuch did not provide them. I have serious serious concerns about this nominee," said Schumer, who added that he had not yet made up his mind on whether or not to support Gorsuch.

Trump's fellow Republicans control the Senate 52-48 but Schumer insisted that Gorsuch would need to win 60 votes, rather than a simple majority, to move toward confirmation. Democrats can seek to use a procedural maneuver to block a confirmation vote if Gorsuch's supporters cannot muster 60 votes, although Republicans could change the Senate rules.

Schumer's questions to Gorsuch followed Trump's directive to temporarily ban people from seven Muslim-majority countries and any refugees from entering the United States. The ban, which Trump said was needed to protect the United States from Islamist militants, was suspended by a federal judge, pending an appeal by the Trump administration.

His questions about the Emoluments Clause come in light of a lawsuit filed by ethics lawyers accusing Trump of allowing his businesses to accept payments from foreign governments, which is prohibited under that constitutional provision.

Democrats argued that it is more important than ever for a Supreme Court nominee to demonstrate judicial independence, citing Trump's harsh criticism of federal judges who have issued rulings against him.

"If they keep working to paint Judge Gorsuch as a mouth-breathing bald eagle hunter, they'll embarrass themselves," said Republican Senator Ben Sasse of Nebraska, who also met with Gorsuch on Tuesday.

Republican Senator Mike Lee of Utah told Reuters the Democratic questioning of the nominee's potential independence "flies in the face of everything I know about Judge Gorsuch." Lee described Gorsuch is "fair, decent, impartial."

(Reporting by Susan Cornwell and Lawrence Hurley; Additional reporting by Richard Cowan; Editing by Will Dunham)