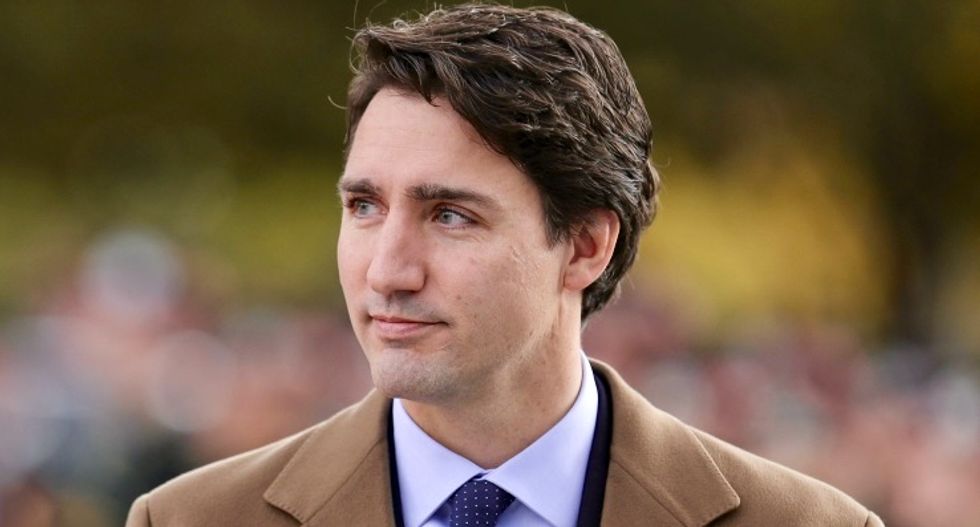 When Canadian Prime Minister Justin Trudeau visits U.S. President Donald Trump on Monday, he will look to nurture economic ties while avoiding tensions over issues such as immigration on which the two are sharply at odds.

Trudeau has taken a low-key approach toward Trump, a Republican who campaigned on a pledge to toughen U.S. immigration policies and renegotiate the North American Free Trade Agreement among Canada, the United States and Mexico.

Ahead of Monday's meeting with Trump at the White House - the first between the two leaders since Trump took office last month - Trudeau said he expected they would "find a lot of common ground."

At a news conference on Friday, Trudeau also said he would look to "defend and demonstrate Canadian values," but do so "respectfully and not from an ideological standpoint."

Trump's vow to renegotiate NAFTA has unnerved Canadian officials, even though he has singled out Mexico in his criticism of the free trade deal that he has called a U.S. job killer. Canada sends 75 percent of its exports to the United States.

The Washington Post, citing unidentified senior U.S. officials, said Trump abruptly ended the call and said it was the "worst call by far" he had had with a foreign leader, even though Australia has long been a staunch U.S. ally. On Twitter, Trump labeled a refugee swap deal with Australia "dumb."

Trudeau had a strong rapport with former Democratic President Barack Obama, prompting pundits to describe their relationship as a "bromance."

Soon after Trump put a hold on allowing refugees into the United States and temporarily banned travelers from seven Muslim-majority countries, citing the need to head off attacks by Islamist militants, the Canadian prime minister took to Twitter to say refugees were welcome in Canada.

"To those fleeing persecution, terror & war, Canadians will welcome you, regardless of your faith. Diversity is our strength #WelcomeToCanada," Trudeau wrote.

"You don't have to be a genius to see there are some stark differences between them," said Duke University professor Stephen Kelly, former U.S. deputy chief of mission to Ottawa.

"But is this the time to be poking people in the eye? I would say it is not ... in some ways the president is a guy for whom personal relationships may be even more important."

A White House official said a number of topics were expected to be discussed, including NAFTA and the Keystone pipeline.

Canadian pollster Nik Nanos said Trudeau, who remains popular at home more than a year after winning a surprise Liberal majority government, faces the same pressure all Canadian leaders do when they engage with U.S. presidents - keep the economic ties tight but do not appear too chummy or subordinate.

Nanos expects that Trudeau, if asked, will speak about how Canada is welcoming refugees or seeking to expand free trade, without saying anything critical about Trump's point of view, conscious that Trump has not hesitated to take an aggressive tone with other leaders.

"This meeting is more about avoiding pitfalls than trying to engage on some of the big issues," Nanos said. "It's definitely the policy of laying low."

(Additional reporting by Steve Holland in Washington and David Ljunggren in Ottawa; Editing by Caren Bohan and Peter Cooney)