Trump in denial about travel ban's chaotic rollout: 'I think it was very smooth' 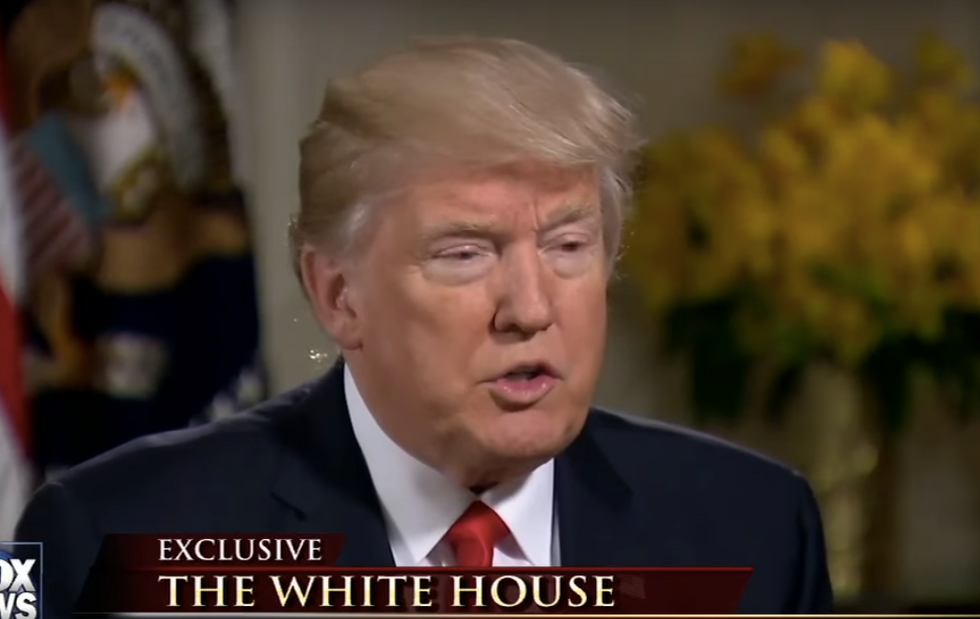 Pres. Donald Trump said in an interview with Fox News' Bill O'Reilly on Sunday that he believes that the implementation of his now-halted travel ban went smoothly and repeated a false statistic that only 109 travelers were affected by the executive order.

Mediaite.com reported that O'Reilly asked Trump how the travel ban's rollout went in the wake of the Friday night executive order.

“I think it was very smooth,” Trump said. “You had 109 people out of hundreds of thousands of travelers and all we did was vet those people very, very carefully.”

He also hit back against reports that members of his administration were left out of the decision-making process on the executive order, saying, "General Kelly, who’s now Secretary Kelly, he said he totally knew, he was aware of it and it was very smooth.”

As Mediaite noted, Sean Spicer floated the idea that only 109 travelers had their plans disrupted in the chaos that resulted in airports across the country and around the world as different branches of Customs and Border Patrol (CBP) and the Department of Homeland Security (DHS) grappled with how to implement so broadly-worded an order.

While DHS estimates suggest that around 375 travelers who were in transit were stranded or detained, thousands of refugees were put into limbo when Trump scuttled the U.S. refugee program.

A Washington federal judge halted the executive order on Friday, and thus far the Trump administration's challenges to the ruling have been denied.