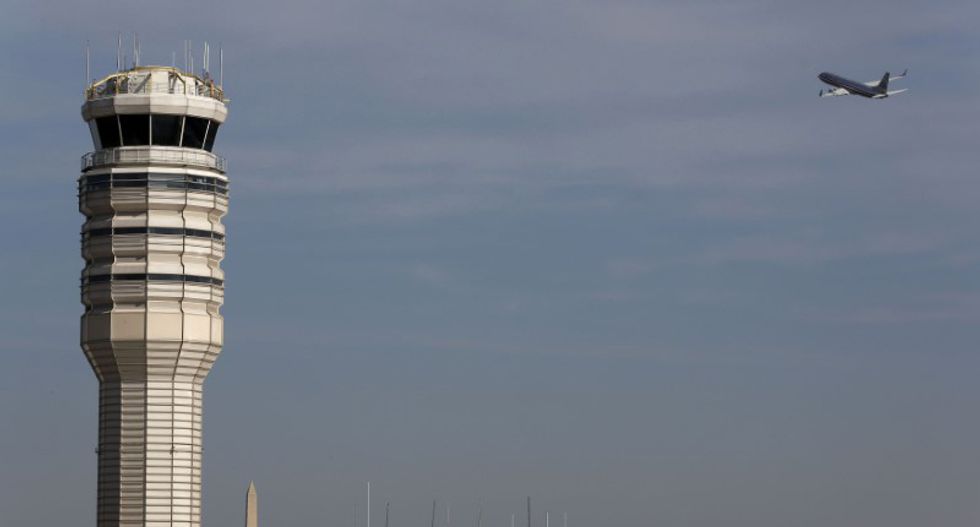 U.S. President Donald Trump called the U.S. air traffic control system out of date on Thursday and criticized its $10 billion yearly price tag but stopped short of calling for privatization of the program.

"I hear we're spending billions and billions of dollars, it's a system that's totally out of whack," Trump said during a picture-taking session at the White House ahead of his sitdown with airline and airport executives.

His comments heartened advocates of privatization who have long sought to move away from the system they see as outdated.

"We want to get the government out of the role of managing the air traffic control system," Gary Kelly, Southwest Airlines Co's chief executive officer, told Trump during the picture-taking session.

Trump said he had been informed that ongoing modernization efforts to the air traffic control system were already obsolete by the pilot of his private jet.

"I hear the government contracted for a system that's the wrong system,” Trump said. "It's way over budget, it's way behind schedule and when it's complete it's not going to be a good system."

The FAA has spent nearly $3 billion since 2007 to implement an updated system, "NextGen," which would utilize satellites to monitor aircraft instead of radar and make other changes.

"NextGen is one of the most ambitious infrastructure and modernization projects in U.S. history," the agency said in a statement. "The FAA invited airline stakeholders to help develop the blueprint for NextGen and they continue to have a seat at the table in setting NextGen priorities and investments through the NextGen Advisory Committee."

The Government Accountability Office said in a 2016 report that the United States "is generally considered to have the busiest, most complex and safest ATC system in the world."

The chief executives of United Airlines Inc, Delta Air Lines Inc, Southwest and JetBlue Airways Corp were among those who attended the meeting.

Trump proposed during his campaign to spend $1 trillion over a decade to upgrade the country's infrastructure.

Trump also told the executives he recognized that U.S. airlines were facing pressure from foreign carriers.

Heads of the three largest U.S. passenger carriers - American Airlines Group Inc, United and Delta - have urged the Trump administration to denounce the U.S. Open Skies agreements with the three major Middle Eastern carriers, which they accuse of having been unfairly subsidized by their governments. The three airlines, Qatar, Etihad and Emirates [EMIRA.UL], have denied that their governments unfairly subsidize them. The Gulf airlines operate around 200 flights per week to 12 U.S. cities.

(Reporting by Ayesha Rascoe in Washington and Alana Wise in New York; Additional reporting by Richard Cowan and Steve Holland in Washington; Writing by David Shepardson; Editing by Frances Kerry and Lisa Shumaker)