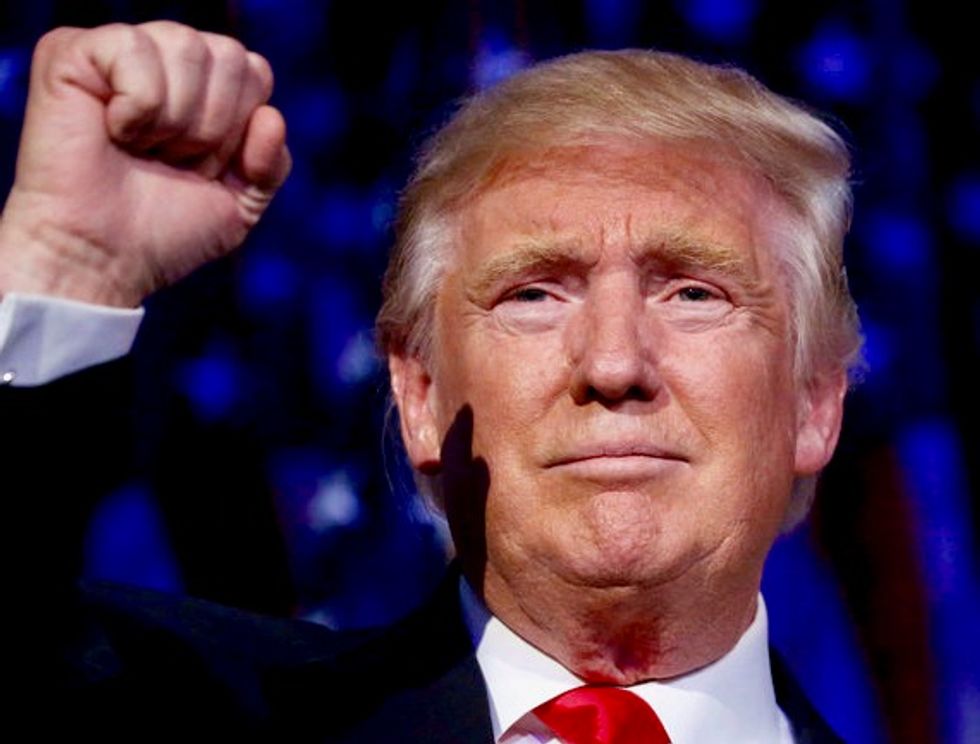 U.S. President Donald Trump on Thursday said he would make a major tax announcement in a few weeks, and the dollar surged after his remarks, despite signals from Congress that the timeline for tax reform was slipping.

"We're going to be announcing something I would say over the next two or three weeks that will be phenomenal in terms of tax and developing our aviation infrastructure."

The president, who pledged to cut the U.S. business tax rate from 35 percent to 15 percent during last year's campaign, gave no indication of what the announcement might entail.

The dollar surged more than 1 percent against the yen and rose broadly after Trump's comments.

Investors have been waiting impatiently for details on Trump's campaign pledges to inject the U.S. economy with large-scale fiscal stimulus through additional spending and tax cuts.

"It's been a broad-based dollar rally driven by the headlines that Trump plans to announce something phenomenal on taxes in the next few weeks, in his words," said Kathy Lien, managing director of BK Asset Management. "That was really the crux of the dollar rally shortly after his election, and I think investors are getting really excited about that again."

The White House and Republicans in the House of Representatives have been in discussions aimed at reaching an agreement on tax reform, including a controversial border adjustment proposal that has come under fire from retailers, oil refiners and automakers.

Republicans, who once expected to wrap up tax reform in the first 100 days of the Trump administration, have recently predicted House legislation would instead emerge in mid-2017 and possibly be voted on before Congress' August recess.

White House spokesman Sean Spicer told reporters in a briefing on Thursday that Trump's tax plan would be comprehensive and would spur the economy.

The U.S. tax code has not been thoroughly overhauled since 1986 under Republican President Ronald Reagan.

He told the executives he was determined to "change all of that" and said they would be very happy with his proposals.

"So we want to help you realize these goals by rolling back burdensome regulations, and you people are regulated probably as much as almost anybody, although I can think of a couple of industries that are even worse," Trump said.