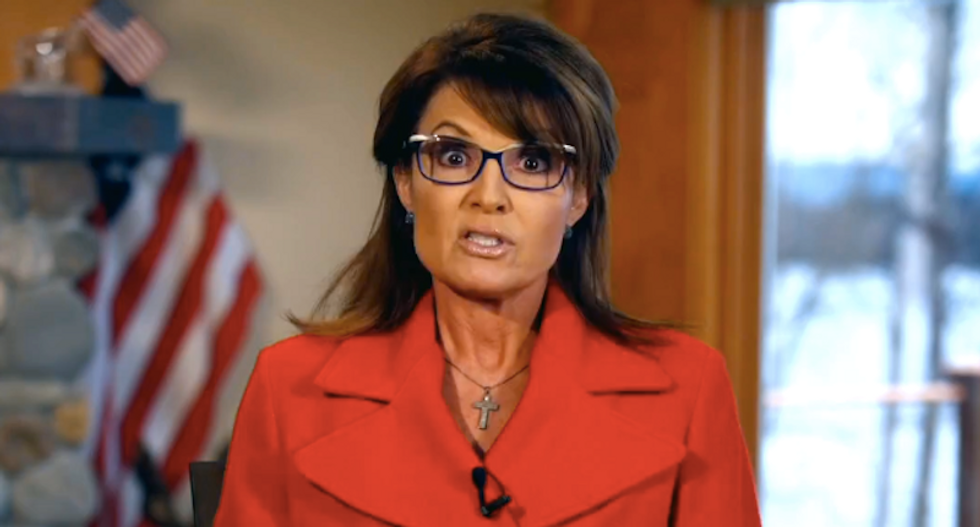 During a meeting between U.S. President Donald Trump and Canadian Prime Minister Justin Trudeau on Monday, Trump reportedly promised that former Republican Alaska Gov. Sarah Palin would not be named as the ambassador to Canada.

According to the Globe and Mail, a Trudeau official said that President Trump "assured" the Canadian prime minister during their meeting at the White House. "It isn't Sarah Palin," said the official.

Canadian officials reported that the prime minister wants an ambassador between the U.S. and Canada who has some influence in the White House, and in particular, someone who has access to the president. "We want someone who the White House will pick up the phone when he calls," they said.

The report noted that on Trump's end, the U.S. administration plans to appoint "someone who raised money for the Trump campaign." Former President Barack Obama's ambassadors to Canada, David Jacobson and Bruce Heyman, were also "mega fundraisers."

As for Palin, no luck on a White House position. The former Alaska governor stumped for Trump during campaign season, aiming to mobilize the network of support she had maintained, particularly among tea party Republicans.

In January of 2016, Palin offered a revved up, but bizarre endorsement of the now-president, referring to her party as "Right-winging, bitter-clinging, proud clingers of our guns, our God, and our religion, and our Constitution."

Following Trump's 2016 election victory, Palin was floated as a potential name for Secretary of Interior.