Trump's Indonesian business partner boasts of access to Trump family: 'I can meet with his kids anytime' 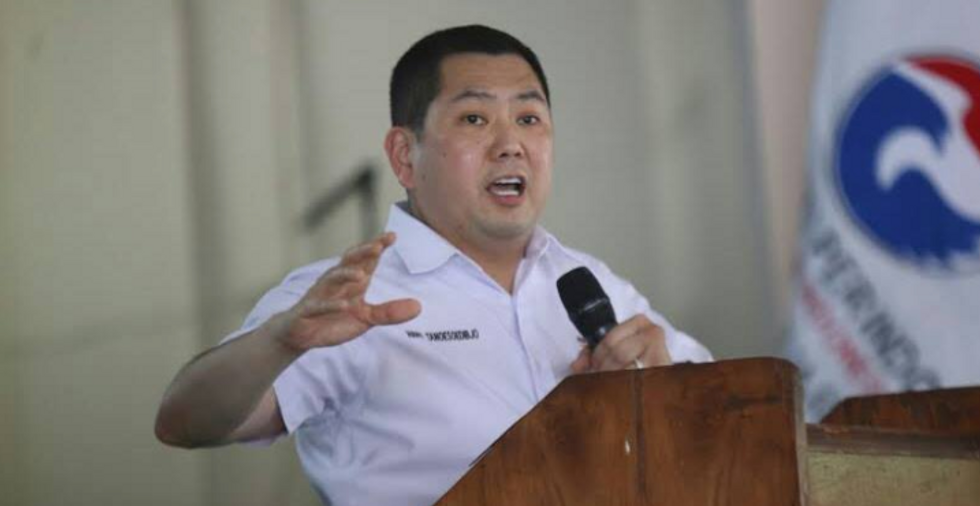 Hary Tanoesoedibjo, a billionaire business partner of President Donald Trump's in Indonesia spoke with Jakarta-based magazine Tempo about having access to the U.S. president. In the interview, titled "I Have Access To President Trump," Tanoesoedibjo boasted of his connections with the Trump family, and can readily get in touch with the president through his children.

Trump's various business ventures have been a cause for contention since his campaign. He refused to divest from his businesses but promised that he would no longer be involved in business dealings upon taking office, instead leaving that responsibility to his sons, Eric and Donald Jr.

Tanoesoedibjo and President Trump had previously signed a business deal together to build luxury Trump hotels in Bali and Lido. However he did not divulge any new information in the interview about how the projects were being financed or how much money the president will receive for his involvement.

According to Mother Jones, Trump's most recent financial disclosure form, dated Jun. 13, 2016, reports that he was paid between $2 million and $10 million for the business dealings in Indonesia.

Tanoesoedibjo reportedly told Tempo in the printed version of the magazine, "I'm just a small fry, but if other people have difficulty getting to him, I can do it easily," according to Mother Jones. He added, "I communicate with his children over our businesses. I can meet with his kids anytime. I just need to pick up the phone. My WhatsApp messages are also responded."

The outlet reached out to Tanoesoedibjo directly to clarify his comments. In an email response to Mother Jones, he wrote, "This is absolutely not true." However, his follow-up comment proceeded to outline that he does, in fact, communicate with Trump's children over business dealings and is able to access them for meetings.

"I just communicate with Donald Trump Junior, Eric Trump and the management team over our business, nothing's [sic] else. It's a professional relationship since we are in partnership. We can communicate face to face or through email or sms or phone call, depending on the need," he wrote.

The businessman, when asked about the content of his communications with President Trump in Jan. 2017, told Tempo, "I cannot say. It would not be ethical, especially now that he is the president." Tanoesoedibjo added, "To be honest, Trump becoming president is a burden for me."

According to a report from Roll Call, Senators Ron Johnson (R-WI) and Marco Rubio (R-FL) are being targeted by Democrats for their refusal to vote for the COVID-19 relief bill, with both GOP lawmakers facing re-election in 2022.

Johnsons has been hedging his bets on whether he will run and Rubio won't face an insurgent campaign in the primary from Ivanka Trump -- which could have complicated his chances with supporters of her father -- but that isn't keeping Democrats from taking aim at both seats with an eye on expanding control of the Senate which is currently 50-50 with Vice President Kamala Harris as the tie-breaker.