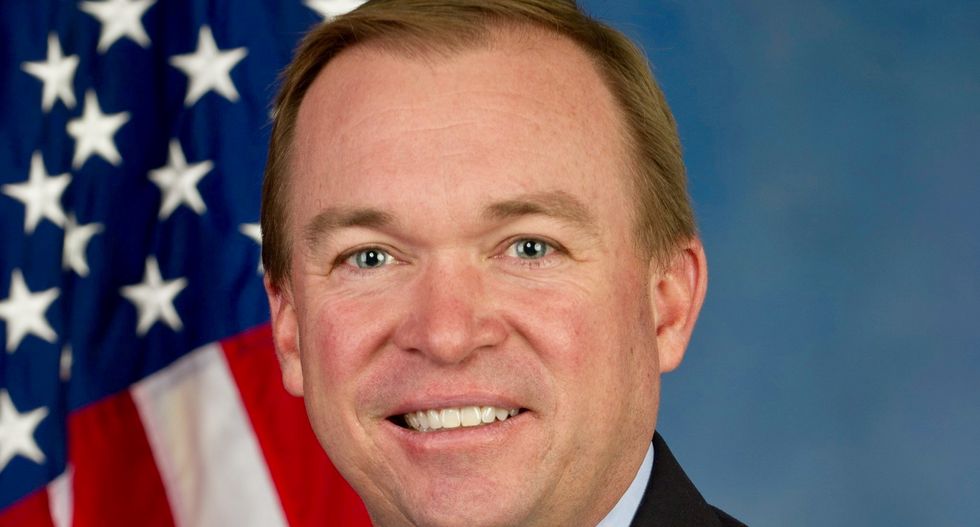 U.S. President Donald Trump's choice of Representative Mick Mulvaney to become White House budget director on Wednesday appeared to pick up enough Republican votes to vault him into the job.

Republican Senator Thad Cochran, who chairs the Senate Appropriations Committee, informed his staff that he intends to support Mulvaney's confirmation, according to an aide. Earlier in the day an aide said Cochran had not yet decided whether to vote for Mulvaney.

With Republican Senator John McCain announcing on the Senate floor that he would oppose Mulvaney, Cochran was seen as the potential 51st vote needed in the 100-member chamber for confirmation.

McCain, who chairs the Senate Armed Services Committee that oversees defense programs, blasted Mulvaney in a Senate floor speech, saying the nominee had pursued "reckless budget strategies" that led to a partial government shutdown in 2013.

McCain also lashed out at Mulvaney's efforts on military affairs, including a vote in 2011 that the Arizona senator said would have brought the immediate withdrawal of all U.S. troops from Afghanistan, ending a mission to prevent it from "becoming a safe haven for terrorists."

Without Cochran, Vice President Mike Pence would have been thrust into the spotlight and likely called upon to break a likely 50-50 tie that threatened to doom Mulvaney's nomination.

Pence was needed to break such a tie over Betsy DeVos to be education secretary.

Some Senate Republicans have been worried Mulvaney might not go along with beefing up spending on military programs.

A Senate vote on Mulvaney, a leading member of the conservative House Freedom Caucus who represents a region of South Carolina, was expected on Thursday at 7 a.m. (1200 GMT).

Any one of the 100 senators could still change their position on Mulvaney before the vote, but there were no fresh signs of that happening following Cochran's decision. A Senate panel only narrowly backed the nominee this month in a party-line vote.

Republicans have 52 of the 100 Senate seats and are able to approve Trump's nominees if they can hold together a majority.

Democrats have criticized Mulvaney for taking a hard line on popular social programs and for not paying more than $15,000 in taxes in relation to a household employee until after he was nominated.

He has said he favors raising the Social Security retirement age to 70 and means-testing beneficiaries of the Medicare health care program. These positions have drawn the ire of Senator Bernie Sanders, an independent who caucuses with Democrats and sought the party's presidential nomination in 2016.