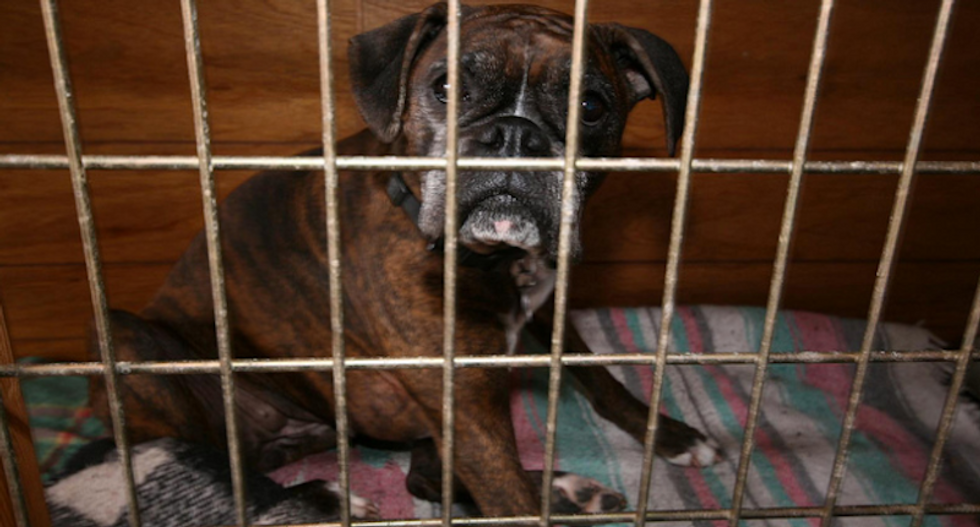 In the two weeks that President Donald Trump has been in office, various government agencies and offices have quietly made changes under his watch. Just last week, the U.S. Department of Agriculture deleted thousands of public records from its website that were related to animal abuse.

According to Motherboard the scope of the scrub included reports associated with both the Animal Welfare Act (AWA) and the Horse Protection Act (HPA), and the files reported on the database are most often used by animal rights groups to ensure the laws are properly enforced.

Similarly, as Motherboard notes, the information is also used by researchers and anyone seeking public information about businesses working with animals. John Goodwin who heads the Humane Society's Stop Puppy Mills campaign said, "Fundamentally, all this does is serve the purposes of people who have animal welfare violations, got caught, and don't want the general public to know."

While the scrub occurred just two weeks into the Trump administration, Tanya Espinosa, a spokesperson with the USDA told Motherboard, "The review was in place prior to the change of administration," referencing an official statement on its website.

The statement notes, "Courts are continuously issuing decisions that provide agencies with guidance on interpreting and applying laws applicable to the release of information to the public by the Federal government. APHIS, with the support from the Office of the General Counsel, continuously monitors these sources of information and refinements to APHIS' practices are made accordingly."

However, Motherboard notes that one of the issues with the USDA's decision to scrub its public records lies in the question of transparency and access. Anyone who wants access to the documents on file would have to file a Freedom of Information Act (FOIA) request to retrieve the information, which is both a costly and time-consuming legal process. A FOIA request can take months or even years.

Delcianna Winders, a fellow at Harvard University's Animal Law & Policy Program told Motherboard, that the removal of the documents was an "assault on transparency," noting that the information that was online was already redacted to keep personal or identifying information private. Winders also called the USDA's explanation for the removal "Orwellian."

"This is a really loud signal that the assault on transparency isn't just about hot topics like climate change, but even something we all agree on, that's pretty innocuous, like animal welfare," said Winders.