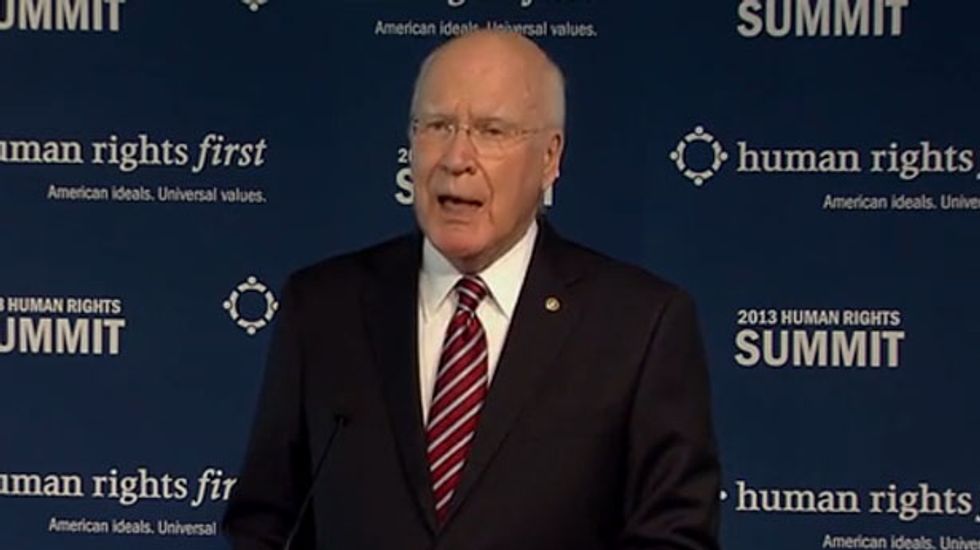 Cuban President Raul Castro made it clear to a visiting U.S. congressional delegation that his country was intent on pursuing market reform and detente with the United States, U.S. Senator Patrick Leahy told a news conference on Wednesday.

Leahy, a Democrat who has been key in efforts to normalize relations, was leading a bipartisan group of five U.S. senators and a representative on a three-day visit to the Communist-run island to discuss ties and explore business opportunities.

Cuba watchers are looking closely for signs of how the fragile U.S. detente with Cuba will fare under Republican President Donald Trump, who has threatened to backtrack on it if he does not get "a better deal."

Analysts say Cuba has played its cards well so far by not responding shrilly to such provocation and demonstrating its continued willingness to engage under the new president.

Castro "wants reform to continue, he wants the movement forwards to continue," said Leahy at the news conference in the U.S. embassy, after meeting with the Cuban president on Tuesday. "The number of people he had from his administration talk to us made it very clear they want us to continue."

The delegation met with Cuba's foreign, trade and agriculture ministers as well as with Castro.

The group included Republican Senator Thad Cochran of Mississippi who on Monday oversaw the signing of agreements between Cuba and two Mississippi ports.

"Increasingly this issue of normalizing relations with Cuba is bipartisan, this isn't just Democrats, there are a lot of Republicans that believe we ought to do this as well," said Representative James McGovern, a Democrat.

Support for the detente was also growing among the business and academic communities, said McGovern, who was traveling with a group of U.S. biotech experts keen to explore the sector in Cuba.

"The movement is more significant in the U.S.A. today than at any time in my career in the Senate," said Leahy. "And I am the dean of the Senate, I have been there the longest," added Leahy, who was first elected to the Senate in 1974.

The White House said earlier this month that the Trump administration was in the midst of "a full review of all U.S. policies towards Cuba." The visit came as a diplomatic incident highlighted continuing concerns about restrictions on human rights on the island.

Cuban authorities prevented the head of the Organization of American States (OAS), a former Chilean minister and an ex-president of Mexico from traveling to Cuba to attend an award ceremony on Wednesday hosted by dissidents.

Cuba opposes anything that legitimizes dissidents, who it claims are mercenaries funded by foreign interests. It also views the OAS as an imperialist instrument of the United States.

OAS chief Luis Almagro reported that Cuban authorities said they were "astonished" at his involvement in "anti-Cuban activities" which were "an unacceptable provocation."

A U.S. embassy official attended the ceremony, organized by the Latin American Network of Youth for Democracy, a group opposed to the Communist government. Almagro's seat was left empty in symbolic protest.

"It may not be the smoothest of paths but it will continue," Leahy said of the U.S.-Cuban detente. "I would not be here today on one more trip if I didn't think that continuation of that progress is inevitable."

(Additional reporting by Nelson Acosta in Havana and Lesley Wroughton in Washington; Editing by Leslie Adler)