Utah Republican's staff sneers at protesters: 'Most people would just be grateful' to meet her 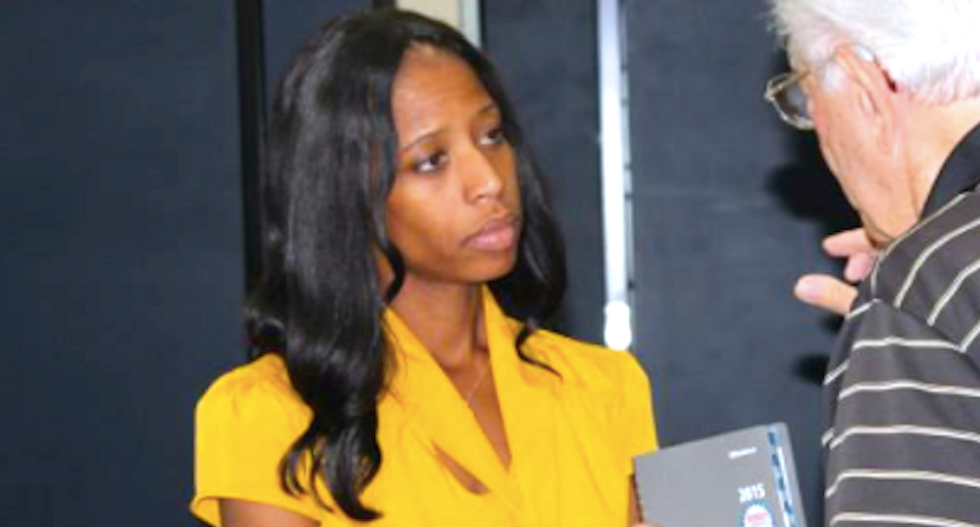 Rep. Mia Love meets with a constituent in August 2015 (Facebook)

A Utah Republican has angered her constituents by placing strict rules on her meetings with the public.

Rep. Mia Love (R-UT) hasn't held a town hall to discuss the Affordable Care Act or other issues with her constituents, who say the congresswoman's office was unusually dismissive toward their concerns, reported KUTV-TV.

Realtor Terry Mitchell and two other constituents went to the lawmaker's office in West Jordan to ask when Love would meet publicly to address voter concerns.

“I was told that we could do a meeting with four to five people at a time, in the office,” Mitchell told the TV station.

A staffer told them that no recording devices or media would be allowed into the event, whenever it was held -- and they expressed frustration.

Love's colleague, Rep. Jason Chaffetz (R-UT), was confronted by angry constituents last weekend at a widely reported town hall, and other Republican lawmakers have faced similar hostility in the early weeks of the Trump administration.

But all three were stunned by the response from Love's district director, Laurel Price.

“She said, 'We're throwing you a bone, you should just take it,'” Mitchell told the TV station. “'Most people would just be grateful that they even get to meet Mia Love.'”

Mitchell said she felt insulted by Price, but Love's office has refused to comment on the incident.

A spokesman for Love promised the congresswoman would eventually hold a town hall, but she apparently hopes to avoid what Chaffetz faced.

“She welcomes elevated dialogue and reasonable conversations with her constituents,” said spokesman Richard Piatt said in a statement. “Rep. Love has proven that she can have positive and forward-moving meetings with constituents who don't necessarily agree with her, (but) shouting matches and verbal abuse are not what constitutes a Utah-style civic dialogue.”