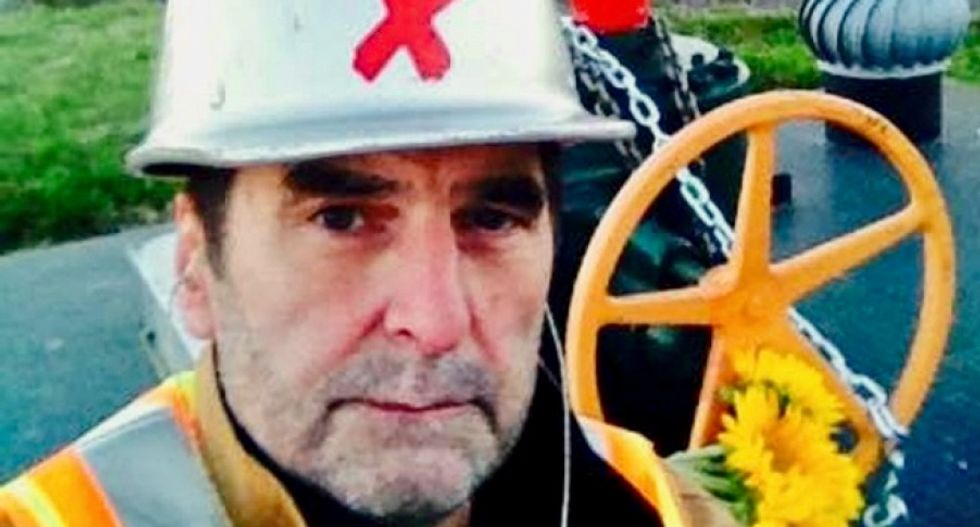 A jury weighing charges against an activist behind a coordinated protest that disrupted the flow of millions of barrels of crude oil into the United States failed to reach a verdict in a case in Washington state, prosecutors said on Wednesday.

Ken Ward did not dispute that he shut down a valve on Kinder Morgan Inc's Trans Mountain Pipeline near Burlington, Washington, but a jury could not agree on a verdict for his charges of trespassing, burglary and sabotage.

"I am surprised and hugely pleased," Ward said by phone on Wednesday afternoon.

Skagit County Prosecutor Rich Weyrich said by email that his office has the ability to retry Ward and planned to make that decision shortly.

Ward's trial was the first in a series of proceedings that activists hope will serve as a referendum on climate change. Ward, 60, maintained that his actions are necessary in the face of the government's failure to address global warming.

Ward was arrested in October when he and other activists in four states cut padlocks and chains and entered remote flow stations to turn off valves to try to stop crude from moving through lines that carry as much as 15 percent of daily U.S. oil consumption.

Officials, pipeline companies and experts said the protesters could have caused environmental damage themselves by shutting down the lines.

Supporters called Ward's trial an "all hands on deck moment" for the climate change movement, which has also spawned protests of the Dakota Access and Keystone XL pipeline.

Native Americans and activists protesting the Dakota Access Pipeline project expressed alarm on Wednesday after federal lawmakers from North Dakota said the final permit had been granted for the project, a statement later contradicted by the U.S. Army, which issues such permits.

On Thursday, WCRB reporter Meredith Aldis attended the Dalton town hall of freshman Rep. Marjorie Taylor Greene (R-GA) — and was promptly threatened with arrest by Whitfield County deputies and thrown out of the premises when she tried to ask a question.

Before being ejected, Aldis reported that Greene railed against her chamber as the "House of Hypocrites," and vowed to press on with her doomed push to impeach President Joe Biden for vague and unspecified abuses of power.