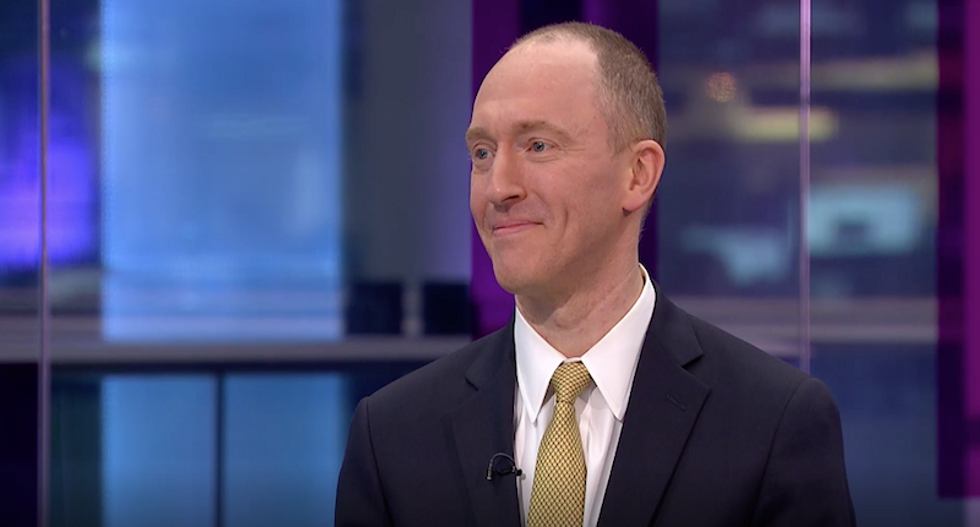 Carter Page, the former foreign policy adviser to the Trump campaign and an oil industry consultant spoke with Channel 4 News about the leaks coming out of the Trump White House prompting questions about the administration's ties to Russia.

Page alleged in the interview that acting attorney general Sally Yates, who was fired by President Donald Trump earlier this month, "was certainly part of some of the attacks against General Flynn," the national security advisor who was asked to resign last week.

Snow later grilled Page over his work with the Trump campaign last year and his alleged ties to Russia. "Let's get it on the record," he said before asking whether Page had ever met with various Russian officials. "Totally false," Page replied.

"You were a foreign policy adviser to Mr. Trump and one presumes it was your life in Moscow that recommended you for that job," Snow said. "That's totally false," Page replied, noting he was one member of a foreign policy team.

Snow explained Trump has called on Page by name, "So he knows of your existence," adding later, "You must have been fairly key for one like Donald Trump who has the attention span of two and a half minutes to have remembered your name."