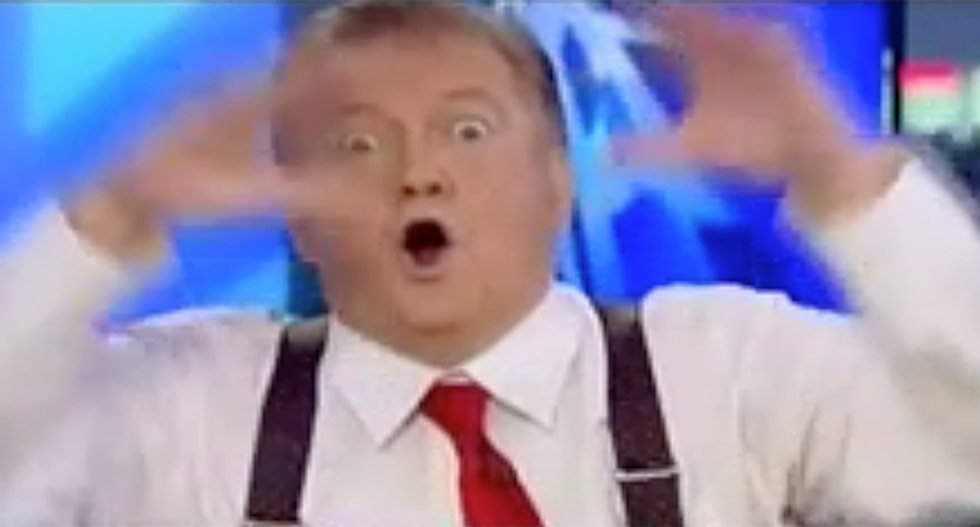 "I suppose using the word 'white supremacist' without having proof beyond the fact, that in the web page, there were some white supremacists who wrote some things," Beckel told co-host Kimberly Guilfoyle.

Guilfoyle argued that Bannon isn't a white supremacist and to accuse him of such is outright slander from Democratic Majority Leader Nancy Pelosi who referred to him as such.

"It's really conduct unbecoming," she continued. "[Pelosi] has no proof to back that up. It shows the depths that they will go to try to disparage someone and the desperation, really, of the liberals. And I'm so sorry, Bob, but, your party right now."

Bannon is often known as a whisperer of the "alt-right."

Watch the full exchange below via MediaMatters.org:

Fleeing law enforcement might work in the movies, but it won't work for the parents of alleged Oxford, Michigan school shooter Ethan Crumbley's, according to former senior FBI official Chuck Rosenberg.

"First of all, these parents have apparently made lots of bad decisions in raising their children," Rosenberg told MSNBC on Friday. "It's not surprising they would make another really bad decision by trying to run."