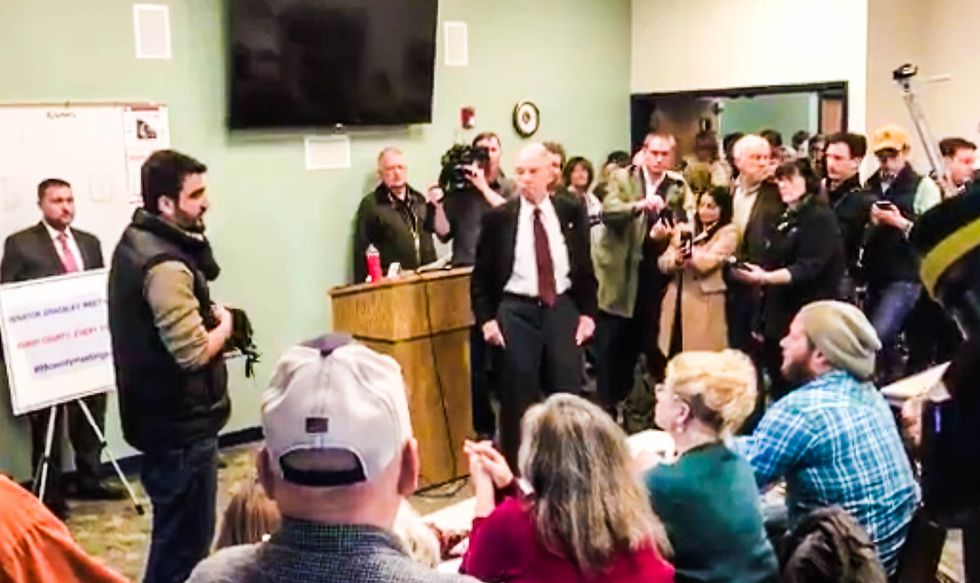 An Afghan man who served alongside American troops in Afghanistan tried confronting Sen. Chuck Grassley (R - IA) during a town hall meeting, but the senator tried to get out of responding to his concerns by citing procedural rules.

In a video posted of a Grassley town hall by KCCI reporter Hannah Hilyard, the Afghan man asked the senator about President Donald Trump's travel ban on seven Muslim-majority countries, as well as the president's regular attacks on Muslims who live in the United States.

"I am a person from a Muslim country, and I am a Muslim -- who's going to save me here?" the man asked, after talking about the work he did in his home country to help the United States military to keep America safe. "Who is going to stand behind me? I have been shot two times... I have been roadside bombed once... But I was with the United States armed forces when I got shot, I didn't get shot because of who is my mom and dad."

Grassley tried to avoid the man's question by claiming that he was simply going down a list of pre-submitted questions, and that this particular question wasn't on the list. The crowd then jeered the senator and implored him to face up to the man's question.