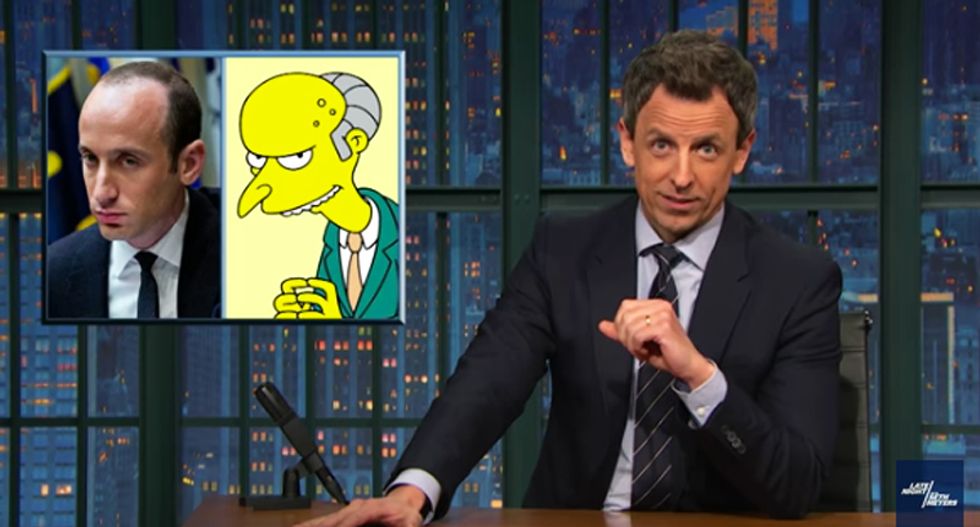 It didn't take long for amazingly intense Trump adviser Stephen Miller to become fodder for late night comics, with Seth Meyers comparing him to the conniving and evil Mr. Burns from "The Simpsons."

Sharing clips of Miller's much-derided appearances on Sunday's cable shows, Meyers said, “In case you’re wondering what being sinister does to you, that guy is 31 years old and he already looks like he’s two-thirds of the way to Montgomery Burns.”

Meyers also commented on what he called Miller's "chilling statement" that Trump's "powers as president will not be questioned."

"The only way that statement could be more terrifying is if he yelled it in German," Meyers quipped.