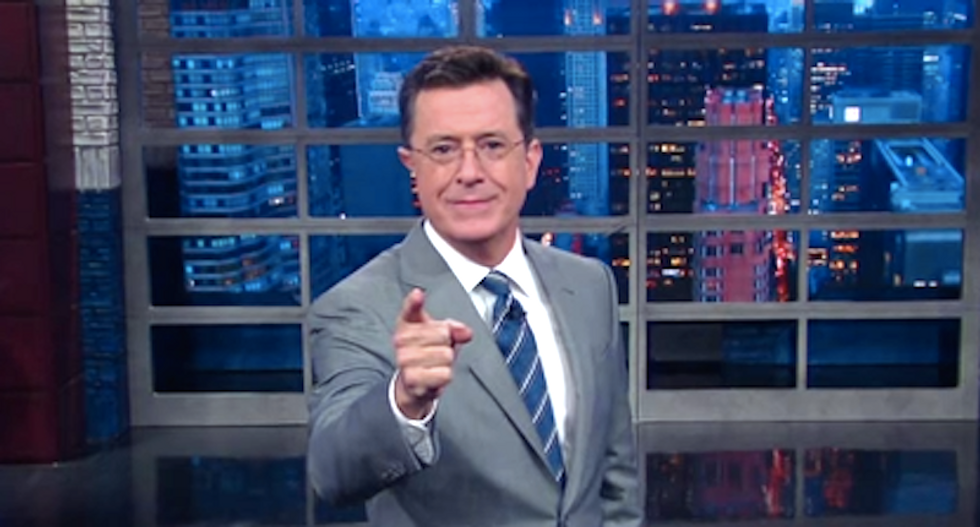 After performing the Talking Heads' hit "Once in a Lifetime" on Saturday night, Rolling Stone noted that Colbert mocked Conway for accusing the media of covering up the "Bowling Green Massacre."

"Obviously tonight is for the Montclair Film Festival," Colbert said. "All remaining donations, if there's anything left over, is going to go to victims of the Bowling Green massacre."

“I bet it’s brand new information to people that President Obama had a six-month ban on the Iraqi refugee program after two Iraqis came here to this country, were radicalized and they were the masterminds behind the Bowling Green massacre,” Conway told MSNBC’s Chris Matthews. “Most people don’t know that because it didn’t get covered.”

Conway also told Cosmo on January 29 that then-President Barack Obama had temporarily restricted Iraqi travelers because of the "massacre."

"He did that for exactly the same reasons. He did that because two Iraqi nationals came to this country, joined ISIS, traveled back to the Middle East to get trained and refine their terrorism skills and come back here and were the masterminds behind the Bowling Green massacre of taking innocent soldiers' lives away."