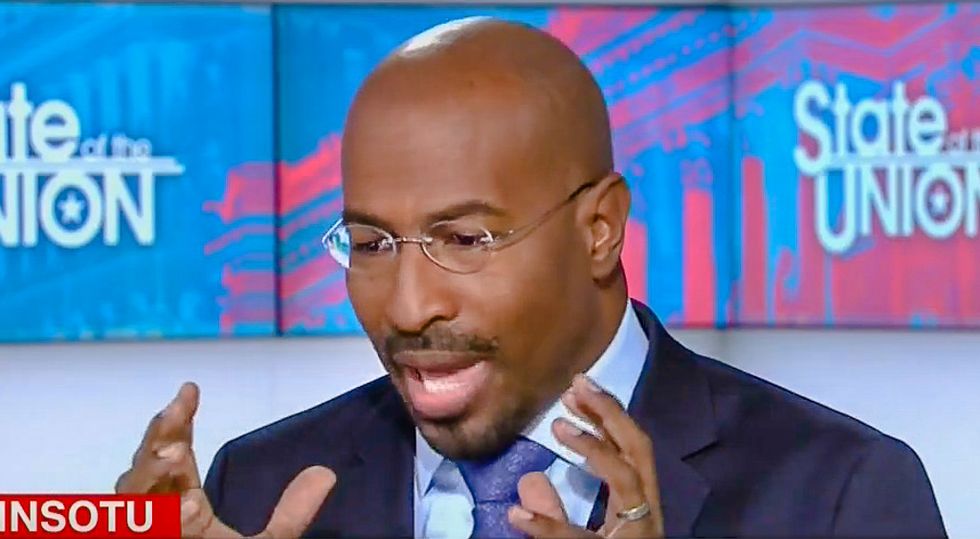 On Friday, CNN previewed a documentary about race in the U.S. in which black Americans talk about the first time they realized that they were black.

Van Jones related an experience from his freshman year of high school when his class took a field trip to the state capitol in Nashville, Tennessee.

Jones said he put his can down and went outside for something and when he came back in, a white girl sitting next to him accidentally reached for his Coke can. A white boy stopped her and told her not to drink from it.

On the bus home, Jones said, after he'd finished his Coke, "the young white girl started crying and I asked her what was wrong and she said, 'They told me later that everybody in the room spat in your Coke while you were outside.'"

"I think the hard part about that was that I had no clue that whole trip that anybody had anything negative to say or any bad thoughts about me," Jones said. "I thought these were my friends."

After the clip ended, Jones told anchor Brooke Baldwin, once you've experienced that sort of racialized bullying, even when it's not consciously in the front of your mind, "It just gives you a certain suspicion or concern."

People say, "Oh, I don't see color," he said, "but you've had these experiences and you just don't know."

Jones -- who hosted a televised town hall this week with Bill Maher -- has been one of the harshest critics of the Trump administration, alleging that Trump wants to undo all of the progress made by Pres. Barack Obama.