WATCH: Whoopi Goldberg begs just one more Republican to 'grow a nut' and vote down DeVos 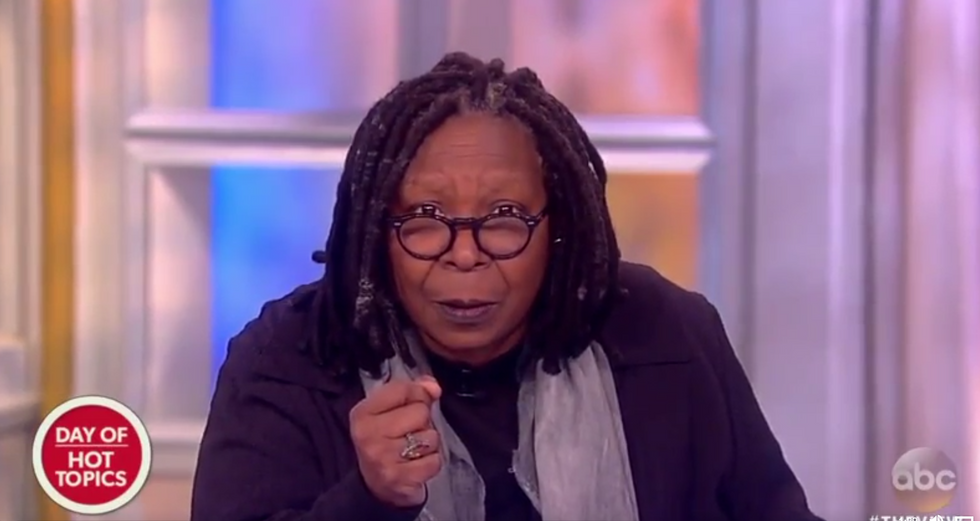 All indications are that Democrats are very close to having the votes to defeat President Donald Trump's Education Secretary nominee Betsy DeVos, and The View's Whoopi Goldberg is begging just one more Republican to take the plunge.

During The View on Tuesday, Goldberg and her fellow co-hosts ran down a laundry list of reasons why DeVos should not be confirmed as Education Secretary.

Later in the segment, Goldberg praised Sen. Susan Collins (R - ME) and Sen. Lisa Murkowski (R - AK) for breaking ranks to vote down DeVos's nomination -- and implored just one more Republican to do the same thing.

"One of you Republicans, one of you -- grow a nut," she said, to cheers from the audience. "Because she is not right!"