'Welcome to my nightmare': Disaster expert says Trump admin will make any real crisis a catastrophe 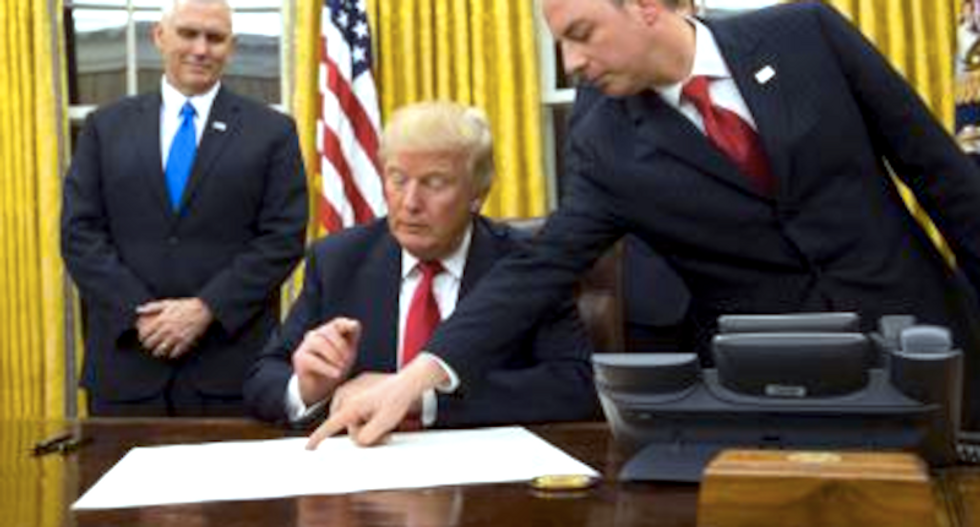 Pres. Donald Trump's White House has been in a constant state of siege since the day he was sworn in. High-profile leaks, resignations, lies and a series of dramatic unforced errors have kept the Trump White House in a state of roiling chaos, say insiders.

Jeremy Konyndyk -- former Director of US Foreign Disaster Assistance under Pres. Barack Obama -- explained in a series of tweets on Friday that a White House already roiled by internal chaos will inevitably fail when faced with a real crisis, then broke down exactly why.

"Lot of speculation these days about how #Trump Admin will manage a REAL crisis, given its high level of baseline chaos. Let's dive in," Konyndyk wrote. "I ran int'l disaster response under Obama, incl the Ebola reponse. Trump is undermining every crisis mgmt tool USG has in its arsenal."

".@BillGates was on @NPR today talking #pandemic threat. Nerve-wracking to think how current White House would handle such a crisis," he said, which is ultimately inevitable.

#Ebola was complex & tough as hell, even tho not a very transmissible disease. A highly contagious, highly fatal flu would be 100x worse.

...scientific expertise, strong multilat partnerships, all feeding a coherent strategy. Trump weakening EVERY SINGLE ONE of these tools.

NSC process is reputedly a wreck. Deputies' mtgs are the engine of major crisis mgmt - if they're not working, you'll fail, period.

Next: public credibility. If outbreak hits, White House uniquely positioned to message to US & world - but only if ppl trust them.

On past outbreaks, POTUS' personal involvement could spur global action. US credibility was a given. But would the world believe Trump?

Respect for science...oy. Need I even say it? Will Admin that flirts w/ anti-vaxxers & climate deniers listen to its own health experts?

This matters ENORMOUSLY. Outbreak control rests on understanding the disease; misunderstand the science and you'll use the wrong tools.

Another big lesson of Ebola - need strong multilat partnerships. US must lead but can't do everything. Need UN, allies to share burden.

Partnerships even more crucial in a real global pandemic. But will world follow USG that alienates multilat institutions and allies?

Hard to see current chaos on NSC, & b/w WH and agencies yielding any kind of strategic coherence. So, likely to work at cross purposes.

THIS IS ALL FIXABLE. But wld take empowered NSC, engagement w/agency expertise, thoughtful strategy process. Not evident in past 4 wks.

So as an emergency manager, welcome to my nightmare. Politics aside, I sincerely hope next Natl Security Advisor empowered to fix it.