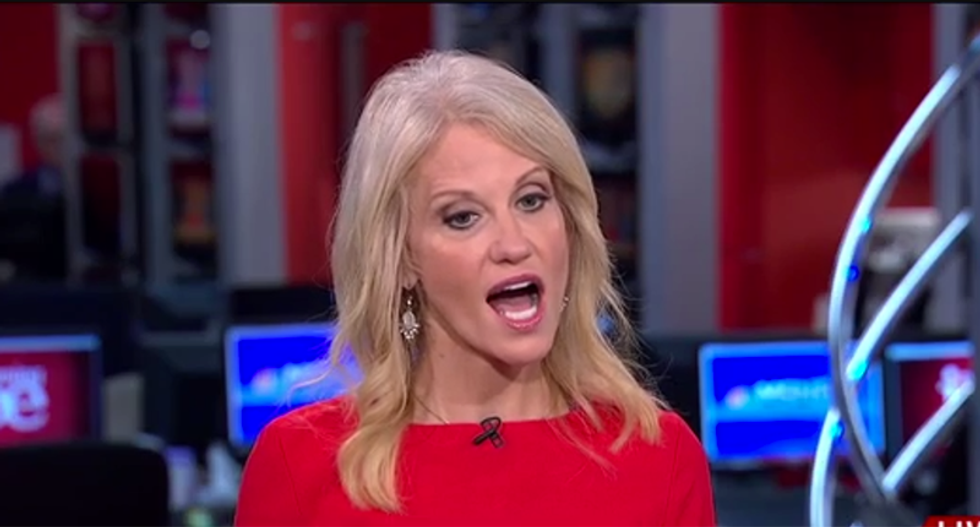 The feud began when the White House decided it was going to ban any staffers from appearing on CNN. The White House complained that CNN broadcasts “fake news.” Less than a week later they were begging to book Kellyanne Conway on one of CNN's broadcasts. CNN passed. Conway, however, disputed the claim by CNN that she was crawling back to them.

"False. I could do no live Sunday shows this week BC of family," Conway tweeted.

CNN was quick to respond, saying that the network's executives have “serious questions” about Conway’s credibility following her "Bowling Green massacre" flub and her use of "alternative facts" to justify President Donald Trump's false statements. As a result, they passed on the offer.

However, The Daily Caller reported Monday that it was the White House that pitched Conway to CNN. It explains why Conway had no knowledge of it and called the claim false. The White House source explained that CNN refused Conway because other networks were getting Vice President Mike Pence on their shows over the weekend so they turned it down entirely.

CNN is now pondering whether to make the ban permanent.