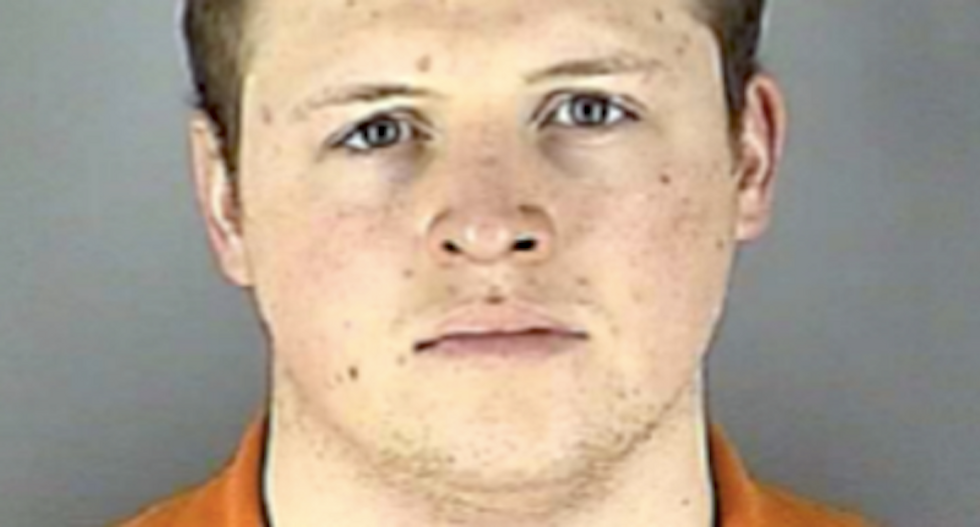 A white Minnesota man was found guilty of opening fire and wounding five men protesting the fatal shooting of a black man by police officers two years ago.

A jury found Allen Scarsella, 24, guilty of 11 counts of assault and one count of riot when he shot and injured five black men, Hennepin County Attorney Mike Freeman said on Wednesday afternoon.

"We are pleased with the jury's guilty verdict against Allen Scarsella today," Freeman said in a statement.

"As I said at the time we charged Mr. Scarsella and his companions, the racist language he used in the videos and on social media is just not acceptable and the actions he took as a result of those racist beliefs were heinous. The jury obviously saw it the same way," Freeman added.

Freeman said prosecutors will be seeking "the stiffest possible sentence" at Scarsella's sentencing, which is scheduled for March 10. A spokeswoman from the Hennepin County Attorney's office said prosecutors would likely seek a 19 year sentence for Scarsella.

Protesters had been demonstrating the fatal shooting by police in November 2015 of Jamar Clark, 24, when Scarsella and three other men wearing masks entered a encampment of demonstrators.

All four were arrested and charged. Scarsella admitted to the shootings, prosecutors said in a complaint. During his trial, Scarsella testified he was acting in self defense because he was afraid of being attacked while he was filming the demonstration.

The other three men are facing lesser charges.

Clark was killed during a struggle with Officers Mark Ringgenberg and Dustin Schwarze, who are white. The incident came at a time of intense debate in the United States over police use of force in minority communities.

Last year, authorities announced the two officers would not face charges after an internal investigation determined they did not violate police policy and were justified in the use of deadly force.

(Reporting by Timothy Mclaughlin in Chicago; Editing by Alan Crosby)

How we laughed in 2021! Yes, the year was plagued by Covid, fires and floods... but it did throw up some weird and wonderful news to lift the spirits.

Here is our selection: