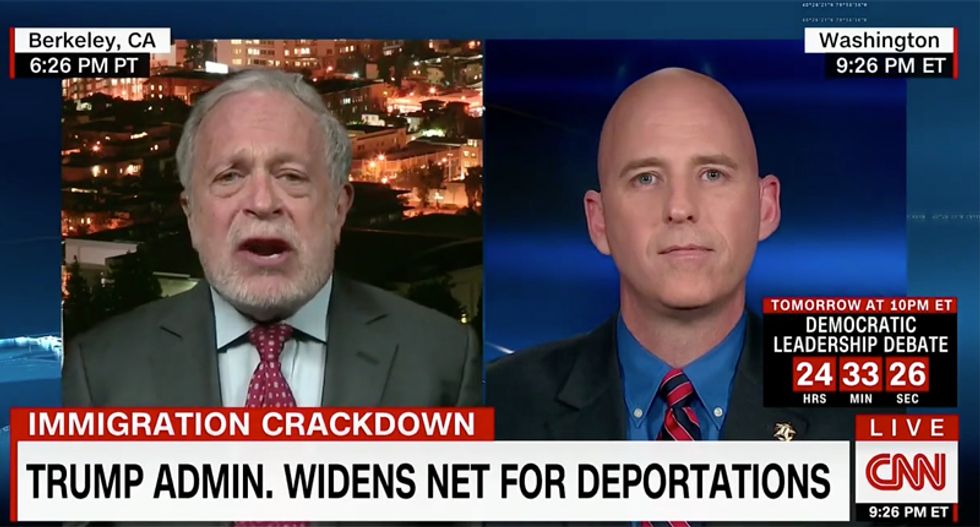 Asked about Trump's immigration policies by host Anderson Cooper, Reich called out Trump for overstating crime levels that the president attributes to immigrants.

Late in the segment, former Pinal County Sheriff Paul Babeu attempted to switch the debate from what he insisted were rising crime rates to worrying about terrorists sneaking over the border.

"We're going to secure the border not just because of illegal immigration but the drug smuggling, they're harming every county, and the youth across this country," Babeu insisted. "Also, more important than those two issues, what about national security? What about people from countries of interest that would use this porous, unsecured border as a likely avenue of approach to come into this country and harm our country? That alone should be the priority to secure this border and the past president has failed to do that. This president will do that. Secure the border, put Americans, our families and our national security first for once."

"Maybe for you, because you haven't talked to families who have been victimized," Babeu shot back.

"You're a professor," Babeu sneered.

"Why don't you look at the data?" Reich exclaimed. "Why do you have to live in a fact free world?"