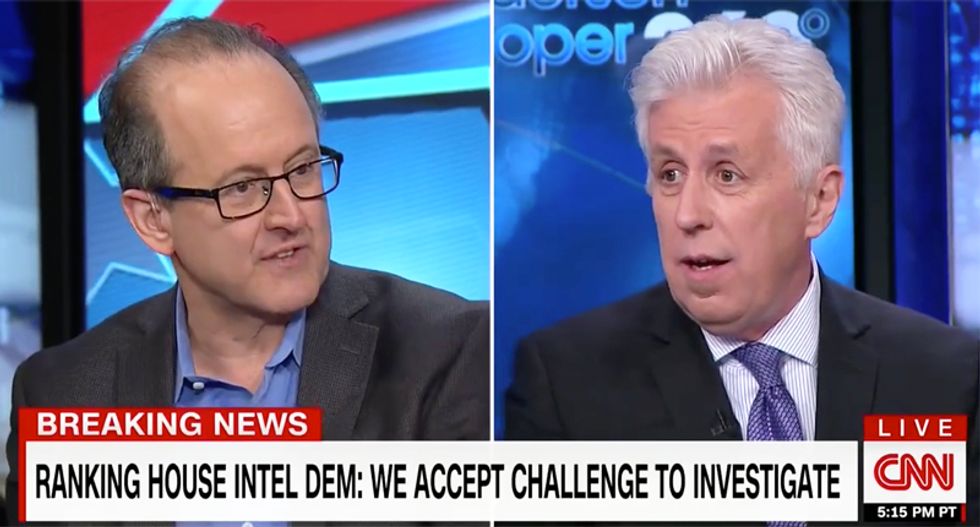 Despite the lack of evidence it ever happened.

Citing a New York Times article that vaguely alluded to some Trump staff members being under investigation, Lord insisted that Trump knows something others don't and Trump should be taken "seriously" if not "literally."

"Jeff, we're forgetting something. A normal person, somebody who is not, I think a pathological liar and nuts would call the FBI, call somebody on his staff --" Tasini said before Lord tried to cut him off.

"Hold on, let me finish," Tasini shot back. "He would call up his staff and say, 'You know, I have some serious concerns, I think there was a wire." They would go through the process. They wouldn't attack the former president on Twitter without going through some process. This is a very serious accusation. "

According to Lord, Obama would still be personally responsible if there were phone taps because " he's in charge of his administration."