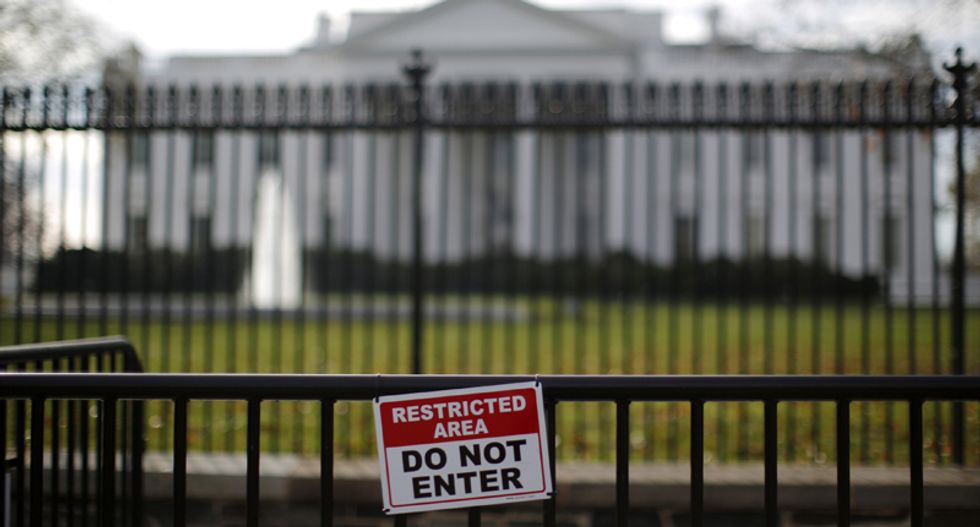 FILE PHOTO: A restricted area sign is seen outside of the White House in Washington November 27, 2015. REUTERS/Carlos Barria/File Photo

A California man accused of scaling a fence around the White House and entering the grounds last week will be allowed to return to his home state under federal supervision as his case proceeds, a federal judge said on Monday.

At a pretrial hearing in Washington, Magistrate Judge Robin Meriweather said Jonathan Tran would be released on his own recognizance on condition he comply with conditions laid out by the court.

Tran, listed in court documents as 26, made his initial court appearance after being taken into custody on Friday night. The U.S. Secret Service said Tran, wearing a backpack, was arrested by uniformed officers after climbing the fence and entering the White House's South Grounds. It was the latest breach of security at the president's official residence.

Tran told agents he was a friend of the president and had an appointment with him, according to the documents. Authorities said that when he was arrested, he was carrying two cans of mace as well as a U.S. passport, a computer and one of President Donald Trump's books.

He was charged with entering or remaining in restricted grounds while using or carrying a dangerous weapon, and faces a maximum of 10 years in prison.

Trump was inside the White House when the suspect climbed over the fence at 11:38 p.m. on Friday. He commended the Secret Service for doing "a fantastic job" apprehending the intruder.

As a condition of his release, Tran must report to pretrial officials in the Northern District of California on Thursday for supervision until he returns to Washington for his next hearing. Tran will also have to submit to GPS monitoring.

Other conditions of Tran's release include having a mental evaluation, not possessing any firearms or other weapons and staying away from the White House.

A preliminary hearing for Tran is set for April 13.

Tony Miles, the lawyer representing Tran, told reporters that Tran would not be under house arrest while in California, although he would have to stay within 100 miles (160 km)of his hometown of Milpitas.

After a previous series of security breaches at the White House, a row of sharp spikes was bolted to the top of the black iron fence in 2015 around the 18-acre (7-hectare) property.